Tony Becca: A time to cherish, and to remember 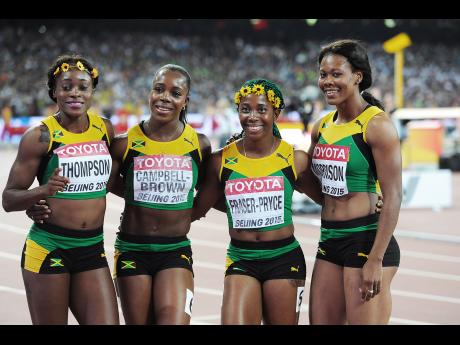 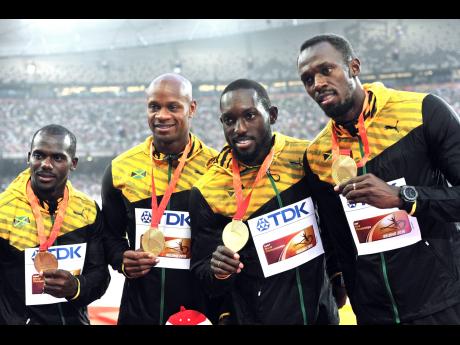 In London in 1948, Arthur Wint raced past the favourite, Herb McKenley, to win Jamaica's first Olympic medal, the 400 metres gold medal; four years later, in Helsinki in 1952, George Rhoden held off the fast-finishing favourite McKenley to win the 400 metres; and also in Helsinki, McKenley, with a glorious run on the third leg, and Rhoden, with a truly memorable anchor leg, in a tight finish, led Wint and Les Laing to a fantastic victory in the 4 x 400m relay.

Those were moments which, as a youngster, I can hardly remember, including the public holiday given by the Government in response to Jamaica's world record run in the relay.

What I remember about them was that Jamaica, a little dot on the map, a small island of little economic importance, a tiny island under British rule, flying England's national flag, and singing their national anthem, had defeated much larger countries, namely the revered United States of America, and "mother country" England, and Canada, not to mention the real "mother countries" of Africa and India, and, of course, recently, China.

I also remember Don Quarrie's brilliance in winning the silver and the gold in the 100 and the 200 metres at the Montreal Olympic Games in 1976, and Deon Hemmings' gold-medal run in the 400 metres hurdles in the Olympic Games in Atlanta in 1996.

Those memorable events will live with me forever. Somehow, however, they pale in comparison to the wonderful performances in recent years, to the deeds of Usain Bolt and Shelly-Ann Fraser-Pryce over the past eight years, and definitely, they fail in comparison to the feeling of national pride I felt after the IAAF World Championships in Beijing recently.

I am a Jamaican, born and bred, and the feeling that swept over me, the goose pimples that appeared on my skin, and the pounding of my heart was tremendous.

Bolt was again the man, Fraser-Pryce was again the woman, Danielle Williams was brilliant in winning the women's 100 metres hurdles, Elaine Thompson was brilliant in winning the silver in the 200 metres, and Novlene Williams-Mills was fantastic in unexpectedly leading home Christine Day, Shericka Jackson, and Stephenie-Ann McPherson in the women's 4 x 400 metres relay.

I was also pleased to see, for obvious reasons, Kenya's Julius Yego winning the javelin, and Cuba's Yarisley Silva winning the women's pole vault, two of the events that were always considered out of their reach.

Those two victories, along with performances in the sprints, probably more than anything else, demonstrated that the old order of things is changing, or has probably changed.

When McKenley ran Lindy Remigino to a photo finish in Helsinki in 1952, the world was shocked. Everybody, however, should have known what was coming in the sprints. And they did come.

They were champions all - every single one of them.

The best were yet to come, however, and they came over the last 10 years or so: Maurice Smith, Asafa Powell, Usain Bolt, Yohan Blake, Michael Frater, Warren Weir, Nesta Carter, Nickel Ashmeade, Hansle Parchment, Kemar Bailey-Cole, and a string of talented Jamaicans.

The world should have heard them coming; they were preceded by the sound of rolling thunder.

Those are enough to make a man blush with pride, especially a man from a country as small as Jamaica with such limited resources at that.

Maybe I am too greedy, however, for all that failed to satisfy me as much as the picture of the final standing of the teams at the recent World Championships. The standing saw Jamaica - with seven gold medals, two silver medals - and three bronze medals - sitting pretty in second position, one behind Kenya, and one ahead of the USA.

In medals won, Jamaica were in third position, behind The USA with 18 and Kenya. In terms of gold medals won, however, Jamaica stood on top of the standing, tied with Kenya and ahead of the much-vaunted United States of America.

With America standing in the number-one position in the all-time list with an imposing 320 gold medals and a total of 767 medals at the Olympic Games, and Jamaica in 13th place with 18 gold medals for a total of 67 medals, it may not last long, or rather, it will not last long because things always change.

Thanks a lot to administrator Herbert MacDonald; to the pioneers and pace-setters Wint, McKenley, Rhoden, Laing, and Cynthia Thompson; to coaches G. C. Foster and Ted Lamont; to the likes of Gardner and the Spence twins, who kept the pace going; to coaches Glen Mills, Stephen Francis, and company; to an administrator like Mike Fennell; and to Bolt and Powell, Campbell-Brown and Fraser-Pryce and company for taking Jamaica to dizzying heights.