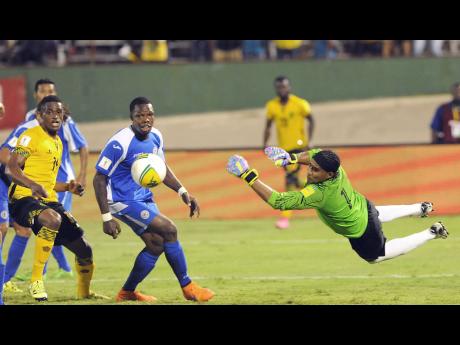 Having been upstaged by less-fancied 139th-ranked Central Americans Nicaragua inside the National Stadium last Friday night, Jamaica's head coach, Winfried Schäfer, has issued a call for his charges to lift their game, show mettle and just why they were CONCACF Gold Cup finalists.

The 52nd-ranked Reggae Boyz were humbled in a shock 3-2 loss to the visitors in their first-leg CONCACAF World Cup 2018 Qualifier.

The result means they have to go into tomorrow's return leg ruthless, and to win by at least two goals to progress in their World Cup Qualification bid for Russia 2018.

"You can't win unless you improve on our game; that was how we beat the USA in the Gold Cup semi-finals. We were the underdog and we won the match," he recalled at Friday's post-match press conference.

While dismissing assertions that his team might have underestimated Nicaragua, or went in the game a bit complacent, Schäfer notes that the Reggae Boyz will be looking to turn things around.

"For the second leg, we can't start this way. We have to press for the ball, and we have to go to Nicaragua with the motivation to win," Schäfer stressed.

"We have to concentrate; we have to believe we can change the match. I believe it,"Schäfer assured, ahead of Tuesday's do-or-die game in Nicaragua.

The must-win encounter will take place at the Estadio Nacional in Managua. Match time is 8:30 p.m.

The Jamaica Football Federation (JFF) reminds the public that it has organised a charter leaving Jamaica at 1 p.m. on match day tomorrow, travelling to Managua, Nicaragua. Persons interested can call the offices of the JFF at any time at (876) 92-61182.

The cost is US$650 and covers air fare, ground transportation, taxes and match fee. The flight returns on Wednesday, September 9, at 7 a.m.