Ramdin to focus on batting, after being rid of captaincy 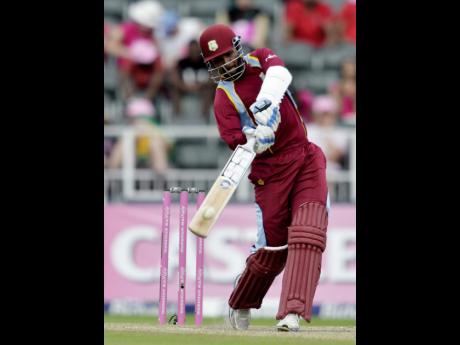 Denesh Ramdin has admitted to being a "little disappointed" after being sacked as Test captain on Friday, but said he now plans to focus on his family, improving his batting, and providing as much support as he can to his replacement Jason Holder.

The 30-year-old Ramdin assumed the captaincy 15 months ago after taking over from Darren Sammy, winning four Tests, losing seven and drawing two.

In explaining the decision to replace Ramdin, chief selector Clive Lloyd said they wanted him to produce more with the bat.

"When I look back at it, in addition to being captain, there were a lot of times I went in to bat with not a lot of runs on the board and a lot of wickets falling, and plus sometimes after keeping for a day and a half and then having to come in and bat after an hour," the Trinidad Express newspaper quoted Ramdin as saying.

"It is really tough, but I guess I will have a lot more time to relax more and to focus more on my side of things."

Ramdin experienced a poor run with the bat during his tenure as captain, managing just 472 runs at an average of 22, with two half-centuries.

With the tour of Sri Lanka beginning next month, he said he was already working on improving his batting with the aim of getting among the runs.

"I have been doing some technical work in the nets," he noted.

"I know Sri Lanka is going to be a tough place to score runs with a lot of balls spinning and turning, and hopefully I can get a good start and cash in once I get a start."

Ramdin led the side for just over a year, during which time he faced tough series against the likes of England and Australia.

West Indies managed to draw the three-match series against England after falling behind 1-0, but lost both Tests of a similar home series to Australia.

Ramdin said despite the disappointment of losing the captaincy, he was in "a good place" in his life.

"I was a little disappointed, but I looked back at it and I am really happy at this point in my life and I am not going to let anything stress me out," he said.

"I have a fantastic young boy coming up and everything is for him and my wife, so I think I am in a good place right now."

He added: "He (Holder) has handled himself quite nicely in the one-day series and in the World Cup, so hopefully he can take that over to the Test team. He is a very good guy to work with.

"He will just have to learn from his experience and the senior guys around him will have to guide him."