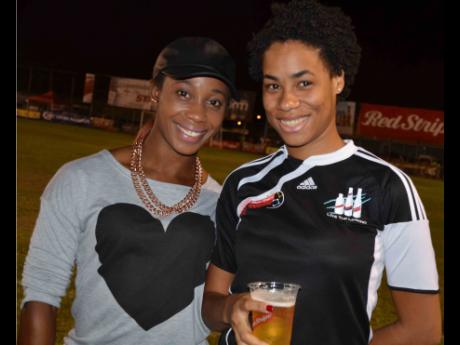 The title sponsor for the Red Stripe Premier League (RSPL) is hopeful that other corporate entities will hop on board its player development programme which enters into its second year this season.

The RSPL Player Development Programme was initiated last season when the brewers signed a five-year deal with the Premier League Clubs Association (PLCA) to be title sponsors for the most prestigious league in the land.

So far, more than 70 players have passed through the programme - developing their off-field skills - which are expected to help them become more rounded individuals. The plan is to have as many as 350 players exposed to the training before the deal expires.

"Last year was a great start and the players and the PLCA were happy with our commitment and interest in them," said Toni-Ann Reid, assistant brand manager, Red Stripe.

This year, another set of players is to be selected over the course of the next month by Red Stripe and the PLCA's coaches to participate in the programme that involves training in the social graces to financial management.

"We are looking at a set of 72 players again, six from each club," said Reid. "We are sticking to the core modules we had before - conflict resolution, social media management, grooming and etiquette, financial planning and public speaking."

Reid revealed that the company would welcome other companies willing to partner with them for the undertaking.

"We want them to become just as involved as we are. We all have assets we can bring to the table to get the players what they need, we just need to commit," she said, pointing out that last season Citizen Security and Justice joined the programme to assist players to hone their skills in conflict resolution.

"They did a phenomenal job through owning the conflict resolution training module and we hope to see more of that."

As part of the continuous tweaking of the respective modules, the players participating in this season's programme will be required to do more media interviews. This, Reid said, will come about through the fostering of more robust relationships and partnerships with the media.

"We want the media to get involved with the programme. Without the media, they won't get the exposure or the experience they need," Reid reasoned. "What we'll be doing is trying to put the players to practice; dong more interviews as well as mentoring at-risk young adults in their communities. We are committed to giving the players meaningful training that will help set them up for the world stage."

Reid insisted that this season, the programme should be even better as the company tries to add greater value to what the players are exposed to during training.

"Red Stripe as usual will always try to improve through better partnerships, better training programmes and getting the entire clubs involved," she said.

The players too, seem to have bought into what the programme is about. Kevaughn Frater, who last season played for Harbour View FC, said he found the programme quite relevant.

"It's good for the players. It's a learning process because it's not all about football, it's teaching us how to be more respected. How you are is what defines you," he said.