TTCB president not on board with decision 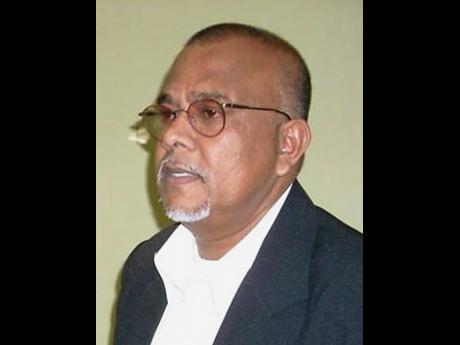 Trinidad and Tobago Cricket Board president, Azim Bassarath, says he disagrees with the decision to sack Denesh Ramdin as Test captain and hopes the move is not part of any plan to target Trinidadian players.

The outspoken West Indies Cricket Board (WICB) director also said he was not a part of the WICB directors' teleconference last Wednesday when the decision to remove Ramdin was ratified.

Ramdin was on Friday axed after just 15 months in charge and replaced by one-day skipper, Jason Holder, a recommendation from selectors which the WICB said had been "endorsed unanimously" by directors during the teleconference.

But Bassarath told the Trinidad and Tobago Newsday he had not attended the meeting because of his commitments as a returning officer for Monday's General Elections here.

He also contended that Ramdin should have been allowed to lead the squad on the tour of Sri Lanka starting next month, so selectors could further assess his performance.

"I think we should have given him another opportunity to tour Sri Lanka as captain and then look at his performance if the selectors had a problem," Bassarath was quoted as saying.

"What is shocking to me is that earlier this year, Denesh led the team against England and we came away with a credible draw.

"Against Australia we lost 2-0, but I didn't think he performed that badly with the bat that he deserved being dropped. I am disappointed that the selectors came up with that recommendation. Very, very disappointed."

The 30-year-old Ramdin, who took over from Darren Sammy as Test captain in May last year, led West Indies in 13 Tests - winning four, losing seven and drawing two.

Bassarath said he hoped Trinidadian players were not being specifically targeted because of their alleged role in last year's controversial abandoned tour of India.

"I am hoping the (WICB) president (Dave Cameron) is not part of this move to spite and victimise Trinidad and Tobago players because of what transpired in India where Dwayne Bravo was captain and it is alleged that some of the Trinis were leading the charge," Bassarath said.

"I hope it also does not have anything to do with Baldath Mahabir and the TTCB not supporting Mr Cameron for the presidency of the WICB. I would hate to think it has reached that level where the TTCB, which was considered the best territorial board in the Caribbean - and I still think we are - that we are treated in this manner."

He added: "I would not sit down idly by as a WICB director and allow any victimisation and vindictiveness creep into West Indies cricket."

Bravo was last December sacked as one-day captain and replaced by Holder, and also dropped from the one-day squad for South Africa and the subsequent World Cup.