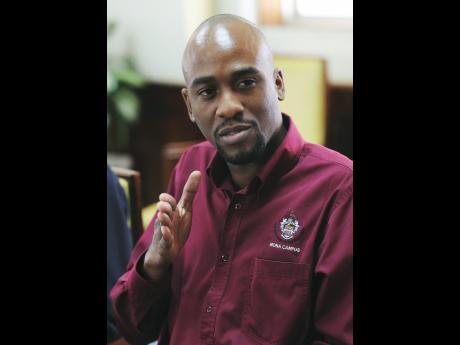 Surviving their first season of top-flight football. That is the aim of the University of the West Indies (UWI) as they embark on their first ever season of Red Stripe Premier League football.

UWI FC club president, Dalton Myers, said they are still getting used to life at the top, but believes they have the resources and professionalism to avoid the drop in their first season.

"We think we have the players and system in place to at least stay up and anything else is a bonus. But you can expect a lot of surprises from UWI," he continued.

"We are a resourceful university. One of our assets is that we have a very good facility, so that cost of upgrading and getting it running did not kill us too much.

"But like everybody else, we try to get funds for players, management, meals, etc., so we are getting there and a lot of persons are reaching out to us, recognising that we are a new club and want to lend their support and we think we are going to get a lot more support than we anticipated," he reasoned.

Nonetheless, Myers insists that it is still going to be a tough season.

"We have some good players and we are trying to get the best players we can get and we are doing everything to ensure that we have a fantastic season," he said.

"But when you step up to the Premier League, it's a whole different ball game. It's been tough; it's not an easy League. You have clubs here that are well seasoned, so we are playing catch up in our two months to get prepared.

"Getting our facilities prepared, getting in the market, getting players, getting them ready, getting training ready, getting the facility up and running, getting licence, sorting out coaching staff, management, nutrition and accommodation, we have done it all. So we are as ready as anybody else and as times goes by we should get better at it," he said.