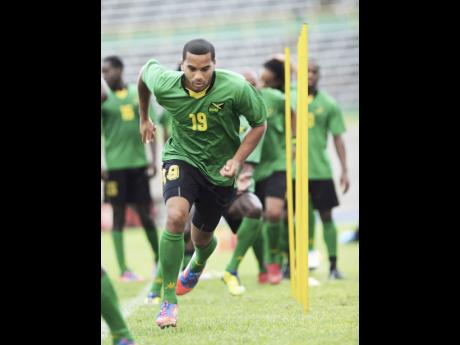 An anxious last minute Reggae Boyz goal against Nicaragua in Managua has sent the Jamaicans to the semi final round of  the FIFA World Cup qualifier.

At the end of the match in Managua, Jamaica was 2-0 up which meant the Reggae Boyz won the two-way tie 4-3 on aggregate.

The Reggae Boyz, who  entered the contest on the back of their shock 3-2 home defeat to the Nicaraguans in Kingston last Friday, began the match confidently, and were rewarded when Mattocks arrived in the six box and fired home from close range.

But there were several minutes of lacklustre performances by both teams with the Nicaraguans showing more promise at times.

However, Dawkins would wrap up the victory for the Boyz with a spectacular volley one minute from full time.

The Boyz were playing without their midfielder, captain  Rudolph Austin and striker Giles Barnes.

Austin is currently is Mexico sorting out his work permit for his new club in Denmark, while Barnes has returned to his Major League Soccer club in the United States.‎