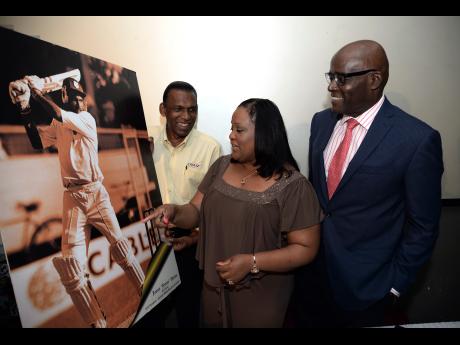 Chairman of the Courtney Walsh Award selection committee, Brian George, suggested that as the prestigious Award evolves, teams could be considered as possible candidates for selection.

George pointed to the Sunshine Girls as an example of a team that truly epitomised the values and character of the Courtney Walsh Award, which is hosted by the Culture, Health, Arts, Sports and Education (CHASE) Fund.

"As we talk about the harmonious development and contribution to country, and we consider the values of what the Courtney Walsh award stands for, teams such as the Sunshine Girls come to mind ... . They are examples that truly epitomise the values and character of what the Courtney Walsh Award represents. I hope the committee will consider this going forward," said George.

He added that sports should represent fair play and respect for others.

"Sports is more than just about winning and achieving great results on the field, but should represent fair play, respect for

others and respect for the rules and harmonious development and contribution to a country," the selection committee chairman pointed out at the 11th annual opening of nominations for the Courtney Walsh Award for Excellence.

In appealing to the wider community to send in nominations, George urged them not to always look for the obvious choice or be seduced into thinking that it is a popularity award, but rather to select someone in the sporting field who genuinely represents the characters of sportsmanship set out in the criteria for selection.

Minister with responsibility for sport, Natalie Neita-Headley, said she noted with pride that apart from the resilience and excellence being displayed among our athletes, there was also the growing trend of humility, which was one of the main criteria for selection in the Courtney Walsh Award for Excellence.

"It's not about the beating of the chest, but being grateful to God, to their coaches and managers for guiding them this far," noted Neita-Headley.

She also expressed her gratitude to CHASE for partnering in the process of celebrating excellence in sports.

The criteria for selection stipulate that the awardee must be Jamaican and possess qualities that include a history of outstanding achievement in their chosen sport, with notable achievements in the calendar year preceding the award; a spirit of sportsmanship and goodwill; appropriate leadership skills; appropriate deportment, a high level of discipline and integrity, both inside and outside of the sports arena and humility even in the face of victory.

The winner of the award will receive $500,000 and an exquisitely designed crystal trophy.

Male and female athletes at the secondary level will again be recognised with an award at this year's ceremony for both academic and sporting achievements. The first awards were presented in 2013. Winners will be presented with a cash award of $250,000 and trophies.

Nominations for the award close on September 18, with the award ceremony taking place on October 15 at The Jamaica Pegasus hotel.