I have learnt a hard lesson - Gatlin 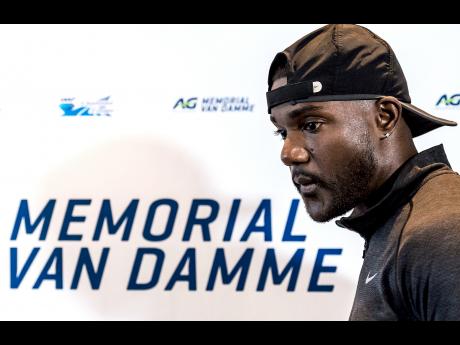 After dominating the sport for much of the past two seasons, American sprinter Justin Gatlin was brought back to earth with two tough losses to Jamaican star Usain Bolt at the just-concluded IAAF World Championships in Beijing, China.

Heading into Beijing, nobody had beaten Gatlin since his fourth-place finish in the 100m at the 2013 AG Memorial Van Damme Diamond League meet in Brussels, Belgium. It was a run that stretched 31 races (100m and 200m) before he was beaten by Bolt in the 100m final at the World Championships.

Bolt would again beat the American a few days later in the longer sprint but Gatlin returns to Brussels having learnt a lesson that he hopes will serve him well as he looks forward to the next big assignment - next year's Olympic Games in Rio de Janeiro, Brazil.

Speaking ahead of today's final meet on the Diamond League circuit, Gatlin, who entered the World Championships as many persons' favourite for the sprint double, says he has made an effort not to focus too much on the disappointments from Beijing, but is looking to learn from the hard lessons he left with.

"'After Beijing, I felt fatigue. Not emotionally but physically. I can't dwell on my past performances and I try to look at the next race," Gatlin told reporters here ahead of the competition. "After the championships, I was happy with my level of performance and that I came away without injuries. Of course, I did not race in Beijing the way that I used to. In the closing stages of my race, I was leaning forward too much. I have to think more about executing my own race instead of competing against other athletes. It was a hard lesson, but I have learned."

Gatlin, who posted the five fastest times this season said he wants to take his performances to the next level next year when he hopes to better his 9.74 personal best mark.

"Age is not what determines your level of performance. It's all about how focused and motivated you can be. To me, it feels like this year is just a prelude to Rio. I will have to step my game up. This year, I was consistent in running 9.7, next year I will need to do better," Gatlin said.

"What I want to do is to offer young and talented athletes an opportunity to knock me off the podium and to prove how good sprinters they can become," added Gatlin, who also pointed to his fondness of the meet.

"This a great meeting with a lot of history and a fantastic crowd. I love to compete here," Gatlin said.

Gatlin will face Jamaicans Asafa Powell and Nesta Carter in the 100m, which also includes the likes of Mike Rodgers and Jimmy Vicaut before competing in the 200m an hour against the Jamaican pair of Nickel Ashmeade and Rasheed Dwyer.