Tony Becca: Ramdin had to go 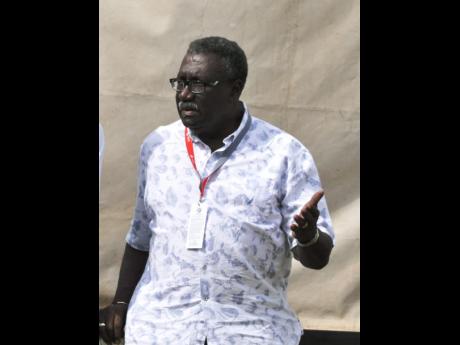 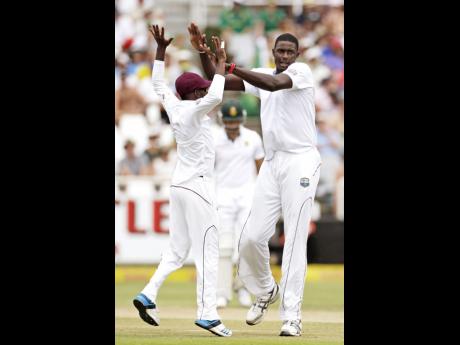 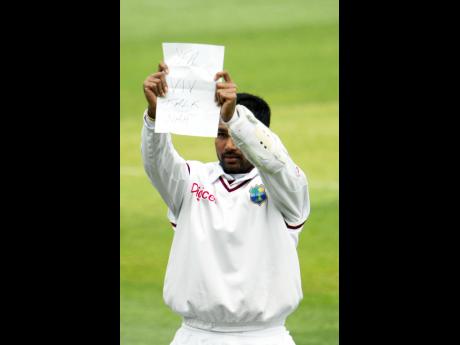 File
West Indies' Denesh Ramdin holds up a note directed at Sir Viv Richards after reaching his 100 during the fourth day of the third Test match against England at Edgbaston cricket ground in 2012.
1
2
3

The West Indies last week announced their squad for a short two-Test tour of Sri Lanka, and the selectors, headed by former captain Clive Lloyd, stepped up to the plate and delivered, at least in one aspect.

The selectors, apparently all to a man, decided that it was time for Denesh Ramdin to go and for young Jason Holder to take over as the Test captain, and the West Indies Cricket Board (WICB), despite the insular views of Azim Bassarath, the president of the Trinidad and Tobago Cricket Board, bought into the idea.

Ramdin had to go. He never produced neither as a captain nor as a batsman. He always, for example, sent the opposition to bat, regardless of the conditions or the state of the pitch, whenever he won the toss, and he usually loses the match.

He also batted, most of the time, as if he believed that he was a better batsman than he actually was. Either that, or he just did not know when to attack and when to defend.

He also talked too much, saying silly things like, "taking the positives", "playing with pride", "back to the drawing board" and "play pressure cricket".

He never said anything worthwhile, or to the point, or hardly anything which made sense. On top of that, he never looked the part as a West Indies captain, not even of the present team.

Twice, at least, he embarrassed West Indies cricket and himself. Once, in 2012, when he scored a century at Edgbaston and immediately took a note scribbled with remarks aimed at Viv Richards out of his pocket and held it for the TV cameras to pick up; and again at The Oval, in 2013, when he claimed a catch - which he never made - off Misbah-Ul-Haq of Pakistan.

He was suspended for two matches and fined for the indiscretions.

Holder, at age 23 and with only eight Test matches under his belt, may be considered too young to be the West Indies captain, but as Lloyd has said, "the time had come for a change".

Lloyd never said it, but the selectors also had no choice.

Holder is young, so is his deputy, Kraigg Brathwaite, but the truth is that the West Indies team is a relatively young team, someone had to do the job, and there is no one better or good enough at this time.

Holder once led the Barbados Youth team. He is a bright young man, and he promises to develop into a good captain and leader in the near future.

Holder is not only a promising captain and leader, but he is also a promising pace bowler, one who moves the ball about, one who could get faster and better once he corrects his action and straightens his left leg at the moment of delivery.

He is also a promising batsman, one good enough to have scored a century for Barbados in Youth cricket and for the West Indies in Test cricket.

Holder is an all-rounder in the making.

He undoubtedly promises to be the best West Indies captain for some time, better than Shivnarine Chanderpaul, better than Chris Gayle, better than Ramnaresh Sarwan and better also than Darren Ganga.

Darren Sammy was a good captain, and he represented the West Indies well as a captain. His problem with the captaincy was that, as the captain, whose place was reserved, he left the team short of a batsman and short of a bowler.

As an all-rounder, he was simply not good enough, either as a batsman or as a bowler, to stay in a Test team.

Lloyd and his team have undoubtedly delivered for the West Indies as it relates to the captain of the team.

The selection of the squad, however, raises some eye-brows.

At first glance, the team looks weak and not the best available. On second thought, however, it looks the best available, even with the inclusion of Rajindra Chandrika, Shai Hope, Jomel Warrican, and Shane Dowrich, unless he has been selected as backup for wicketkeeper Ramdin.

On top of that, every man, once he was selected one time, deserves a second chance.

On almost every touring team there is usually one or two surprise selections, and this time, that surprise, apart from Chandrika and Hope, is left-arm spinner Warrican, who grabbed a bag-full of wickets last season, including hauls of eight for 72 versus Jamaica at Sabina Park and eight for 88 and five for 50 against the Leeward Islands in Basseterre.

Suleiman Benn, Veersammy Permaul and Nikita Miller, and especially Miller, who year after year picked up so many wickets in the regional four-day competition, must feel cheated out of a place on the squad.

At ages 34, 26, and 33, however, the selectors may have opted for youth in their attempt to take West Indies cricket back to the top, or as close to it as possible.

It is a pity that Ronald Beaton of Guyana, once so promising as a young fast bowler, has taken so long to develop, and that the left-handed Sheldon Cottrell of Jamaica has also been marking time.