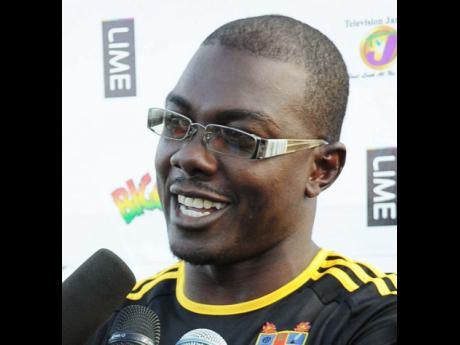 File
STETHS coach Omar Wedderburn: This is a big time derby, one of the truest derbies out there in schoolboy football.

But with another edition of their storied derby on the horizon, STETHS and Munro College are gearing up for the clash, which will be played at Alpart Sports Ground in Gutters with kick-off slated for 3:30 p.m.

It is a home match away from the cool comforts of Munro's usual home in the hills of Malvern, which is undergoing renovation. But the shift in location will not take anything from what is expected to be a super-charged atmosphere.

STETHS head coach Omar Wedderburn says confidence remains high within his squad, in spite of results that have not been favourable.

"The two matches we failed to win [were] because of some mishaps in goal for us. We are still confident and are looking at this game earnestly. Three points are available; we want all of them," Wedderburn said.

"This is a big time derby - one of the truest derbies out there in schoolboy football - and just to know this game is scheduled, with the history between both schools, it's motivation enough," he stated.

STETHS are in uncharted waters down in fourth place in the standings, trailing Lacovia, surprise team Maggotty, and B.B. Coke - all on four points. Munro have also failed to light up the park thus far either, and are fifth in the group after one draw and a 2-0 loss to Maggotty on Wednesday.

They will want to get the edge on STETHS, who have enjoyed success in this fixture for a number of years running.

Newell High sit at the foot of the group without a point and will have to be much better than in previous matches to stop the much-improved Maggotty. That game will be played at the Treasure Beach Sports Park.

In Group A, St James High, coached by former national captain Theodore 'Tappa' Whitmore, take on Cornwall College in a key Montego Bay derby at Jarrett Park. Cornwall (four points) were held to a draw by plucky Green Pond last time out and are seeking a return to winning ways.

But it won't be easy against a St James High team (three points), who always seem to perform at their best when facing the former many-time champions. The game has all the elements to be the match of the round.