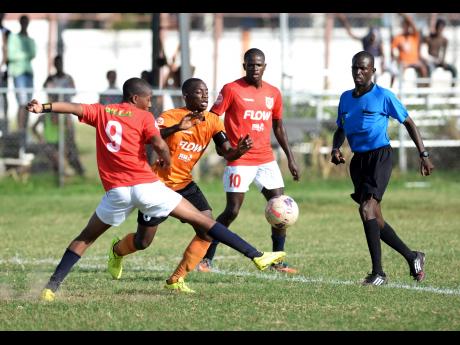 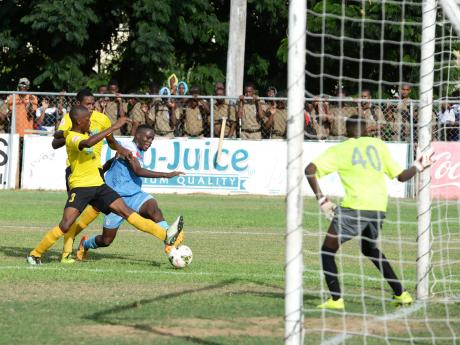 The school teams are now sponsored (some more than others) and it seems as if the other aspects of school life are now on the back-burner. The playing surfaces remain woeful and the prevailing drought conditions are definitely not helpful. In the ISSA-controlled schoolboy competition, night games are being introduced for what can only be described as 'revenue enhancement'.

I suppose it matters not if children coming home from night games are exposed to increased danger from 'evil', as long as ISSA collects at the gate, ("ah-nuh-nutten"). Already there are reports of coaches of "small" schools complaining bitterly of the poaching of talented youngsters by affiliates of "big" schools, despite the welcome efforts of the Ministry of Education to minimise this nefarious practice. The administration of activities in any civilised society depends on the strict adherence to agreed rules by the participants.

Rules that are broken or ignored will only serve to incentivise those looking on to "act accordingly" if the cost of breaking a rule is far less than the benefit derived from adhering to the rule. It now seems (to me) that if the supporters of a school do not agree with a referee's decision in a closely contested game, then by all means "stone the ref" and cause the game to be abandoned. The team was going to lose the match anyway, but now the ref (or any other authoritative figure) will be well aware that "when-it-comes-to-this-school... no bother mek we lose!" .(stoning the ref) be rewarded by a loss of points and "don't do it again."

This reprimand is so numbing in its inappropriateness, that it boggles my mind. Perpetrators of such rank indiscipline and potentially dangerous behaviour should not be allowed access to further games involving that school. That is a given, even if it means that ISSA will not be able to collect gate receipts that can offset the cost of putting on the game. At some stage, Jamaicans must realise that if the cost of unruly and dangerous behaviour is far less than the reward for unruly and dangerous behaviour, then no amount of divine intervention will curtail future similar occurrences.

If the people who murder our fellow citizens and rape our women and children thought for a moment that being caught and punished was a reality instead of the present 80% chance that their identity will remain unknown, or if by some stroke of luck they are indicted, then a good lawyer and the ability to have prosecution postponed year after year will almost guarantee no punishment.

It is the little things that matter. The New York City mayor and police force recognised some years ago, that if you start by fixing the broken windows and prosecuting anyone who breaks the law (riding on the sidewalk for example), crime statistics will dramatically be reduced. This attitude of giving a 'bly' only serves to incentivise miscreants. After the weeping and wailing of those justifiably severely punished for 'stoning the ref', such incidents will cease, thus improving spectator comfort, sending a message to the children who attend the schools and eventually improving revenue as more supporters and spectators will feel that their safety and the spirit of sport are in good hands.

Football in particular, and sport in general, is a part of the holistic education of our children and our people. It must never be the 'reason' to go to school!