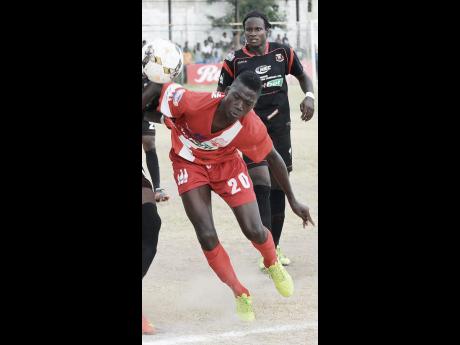 The 18-year-old, who represented Trench Town High in the Manning Cup last season before impressing in the Red Stripe Premier League (RSPL) to be named the young player of the year, will be with the club on a short-term basis initially.

"They called me up for a trial. If this works out, then that is where I will be," the six-footer told The Gleaner recently.

Nicholson, who is also a Jamaica Under-20 representative, said the opportunity was secured for him by agent Kevin Cowan, who had discussions with his club. He said it was like a dream realised.

"I feel good about the opportunity because I have seen a lot youth playing football, but the outcome was not great, so this is something that is very good. It is my dream to play football professionally, and I would love to make the most of it," he said,

One important aspect of the arrangement Nicholson said was the fact that he will continue his education while playing the sport he loves.

"This will mean that I will continue school and play ball as well. This could also open doors for the MLS," he said.

Nicholson, who had pledged prior to the start of the RSPL season, to end the season as the leading scorer, leaves with the blessing of coach Andrew Price.

"I am supportive of it because we believe in opportunities for young people. At the end of the day, the most that we can get out of it is training compensation in the short term, but if things work, then we look at a sell on," Price said.