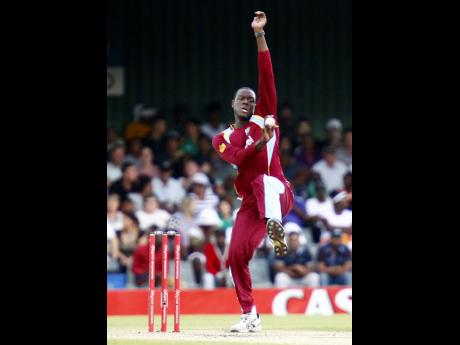 All-rounder Carlos Brathwaite expects a challenging tour of Sri Lanka and wants to be prepared both physically and mentally if he gets his first call-up to the Test side.

The 27-year-old, an attacking right-hander and penetrative seamer, is a member of the 15-member squad which departs for Sri Lanka at month end for a two-Test series.

Brathwaite said conditions in the Asian nation would be trying, especially the humid weather and the hosts' spin-based attack, but said he was using the ongoing preparation camp to properly equip himself.

"Playing spin is always a challenge, and they are very good at strangling - basically, [they employ] a lot of bat pads. It's not something we are accustomed to in the Caribbean," Brathwaite said.

"I think that would be a challenge as well as the heat and humidity. Myself as a fast bowling all-rounder, it's probably one of the hardest jobs in the team so I will have to be extra fitter than the rest of the other guys.

"So the challenge of being fit enough and strong enough to handle five days of cricket, and your body lasting to give 100 per cent for the West Indies, that is probably one of the main challenges."

Brathwaite has been in the selection frame ever since making his international debut in 2011 but has been limited to four One-Day Internationals and two Twenty20s, while campaigning extensively for West Indies A.

And while he hopes he can break into the Test side soon, he said he remained focused on ensuring he was prepared for the opportunity.

"First thing is to get a little fitter and a little stronger and be prepared by the beginning of the first Test, if selected, to hit the ground running and be a 100 per cent," he indicated.

"Playing-wise, I haven't set any targets as such. I'm new to Test cricket, I haven't played as yet so I just want to get in and amongst the 11, get on the park, and then from there, assess and see where I went wrong, what I did well and then I would be able to set some goals for the future."