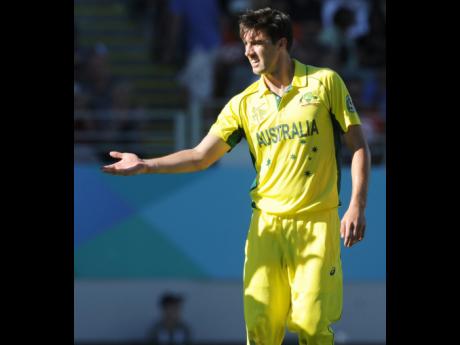 Cummins out of Bangladesh tour

Australia fast bowler Pat Cummins will miss a two-Test tour of Bangladesh due to a new stress fracture in his back, and Cricket Australia said yesterday he will be replaced by all-rounder James Faulkner.

The 22-year-old Cummins has been affected by back and other injuries for most of his young career and has not played a Test since his debut in South Africa in 2011.

But after playing 13 one-day internationals and four Twenty20 games for Australia since November, he was expected to play in Bangladesh and in upcoming home Tests against New Zealand and the West Indies.

The Pakistan Cricket Board (PCB) said yesterday it will organise the PSL in Dubai and Sharjah between February 4-24, with five teams competing.

Pakistan has been trying to organise its first Twenty20 league for the last two years and had also shortlisted Doha, Qatar as the venue for the event before finally getting the stadiums in two major cities in the United Arab Emirates.

"Franchise owners will be inducted between mid to end November, after which the foreign and local players will be drafted and teams constituted," said Najam Sethi, chairman of the governing council of the PSL.

FIFA to hand over emails

FIFA relented and handed over emails from suspended official Jerome Valcke yesterday having blocked access even as Sepp Blatter pledged support for American and Swiss investigations of corruption.

The embattled governing body should cooperate "no matter how close to home those investigations get," Blatter, who is targeted by both criminal cases, had said earlier yesterday.

FIFA had continued to block attempts to unseal emails from Valcke's business and personal accounts despite Lauber's public request on Wednesday.