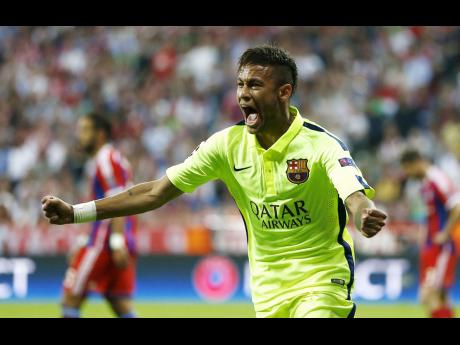 A Brazilian court has frozen assets of Barcelona star Neymar, his family and related businesses valued at US$48 million.

The Sao Paulo federal court said yesterday that the 23-year-old is alleged to have evaded almost US$16 million between 2011 and 2013. He moved in 2013 from Brazilian club Santos to Spain's Barcelona.

In a statement, Judge Carlos Muta said Neymar only declared assets worth a little less than US$5 million.

However, Iagaro Jung Martins, an auditor with Brazil's federal tax agency, said that Neymar isn't likely to go to jail if he pays what he owes.

"He will be able to discuss the frozen assets in a civil court," Martins told The Associated Press (AP). "But legislation in Brazil isn't too harsh. If Neymar pays what he owes, he is very likely to be free from any other punishment."

"Neymar Jr is not a partner in any of those companies and, therefore, he cannot declare something he does not own," he told AP. The elder Neymar said that Brazil's tax agency "doesn't understand" his son's tax obligations.

His father also said his son's case had yet to be heard by the court.

In May, a Spanish court alleged Barcelona club president Josep Bartomeu and his predecessor Sandro Rosell evaded millions in taxes after signing Neymar.