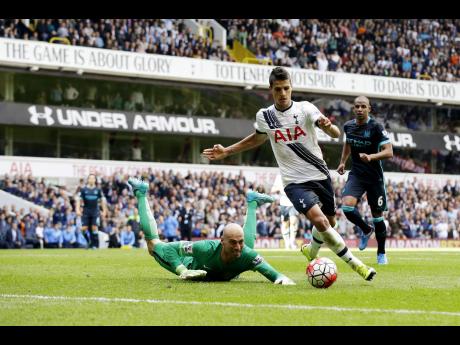 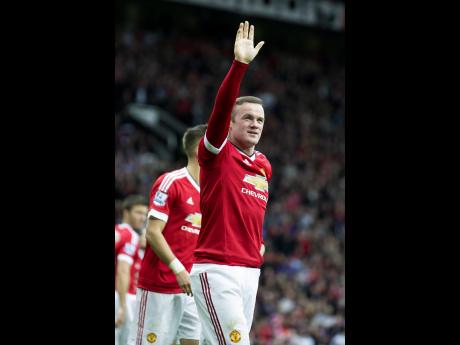 Manchester clubs traded places at the top of the Premier League yesterday after a buoyant United beat Sunderland 3-0, and early pacesetters City slipped to second after being thrashed 4-1 at Tottenham.

Dutch signing Memphis Depay scored his first ever Premier League goal, and Wayne Rooney notched his first league goal of the season as United eased to a comfortable victory at Old Trafford.

Juan Mata added a late third as United went top for the first time since August 2013.

With 16 points from seven games, Louis van Gaal's United are one point ahead of a City side whose flying start with five straight wins has now come to an abrupt stop. A second consecutive league defeat for the club made it three losses in four matches in all competitions.

However, City are not the only big-spending club going through a rough patch.

Chelsea's title defence continued to misfire yesterday, with Jose Mourinho's champions needing two late goals to scramble a 2-2 draw away to a Newcastle side that is already a candidate for relegation.

West Ham remain third after drawing 2-2 with Norwich, while Alexis Sanchez scored a hat-trick as Arsenal rose to fourth after coming from behind to hammer Leicester 5-2.

A gleeful Stretford End was chanting "We are top of the league" after United took full advantage of City's miserable start to the day.

Depay, who joined United from PSV Eindhoven for £31 million (then US$48 million) in June, slotted home in the fourth minute of first-half stoppage time after a deft cutback by Mata.

Just after the restart, Rooney moved level with Denis Law as United's joint-third leading league scorer with 171 goals, after a pass from Anthony Martial struck the captain's knee and went in.

Mata rounded off the scoring by driving home Ashley Young's cross in the final minute.

In the Tottenham-City encounter, the latter dominated the first half and took a deserved lead through Kevin De Bruyne in the 25th minute.

But Eric Dier rifled in a long-distance equaliser on the stroke of half-time and Erik Lamela curled over a free kick for Toby Alderweireld to head home five minutes after the restart.

Kane, who had scored 31 times for Spurs last season, ended his drought in the 61st and Lamela was rewarded for a fine performance with a goal on the break in the 79th.

Arsenal had managed just five goals in their first six league games but matched that total during an entertaining afternoon at Leicester.

Sanchez's hat-trick was his first goals of the season for the Gunners, while Theo Walcott and Olivier Giroud also netted as Arsene Wenger's side built on its midweek League Cup win over Tottenham.