Are we serious with our cricket? 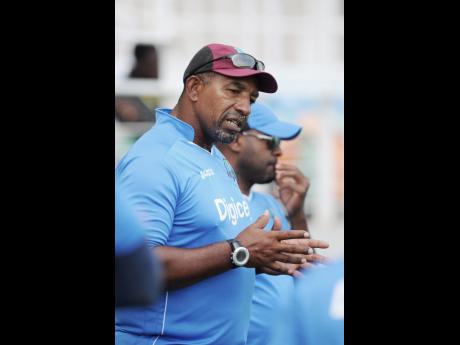 The talent of Jamaicans when it comes to sports is undisputed. Our fellow citizens, men, and women excel when their raw talent and innate ability are harnessed, and coached, then compared with athletes from anywhere else on the planet in competition.

Yet, there are some sporting activities, where, despite our obvious skill, world domination is always just out of reach. I submit that the reason for this is the lack of administrative and facility support that our sportsmen and women are faced with, day in and day out.

In cricket, Jamaicans and West Indians are tethered to the bottom of the pile when Test, one-day, and T20 cricket-playing countries are rated by accepted international rating systems. And yet, when teams are selected for world-class competition, our cricketers always seem to be "must-picks" and are afforded the chance to earn vast sums of money.

It is, therefore, obvious that the administration of the sport is the main cause of the lack of success when a team of these same players is selected for competition.

The present abrupt suspension/dismissal of the West Indies coach, Phil Simmons, is a case in point. Mr Simmons was selected to replace the previous coach, who seemed to have a passion for reprimanding and trying to stifle any player who demonstrated obvious skill (to the extent where his services were in demand worldwide) but who refused to be treated as if he was a child in school.

Simmons started his stint by opening lines of communication with these superbly talented but out-of-favour gentlemen and genuinely seemed to believe that fences had been mended, to the extent that the chairman of selectors and the newly installed captain of the team agreed with the proposed names for the Sri Lanka tour. We now know (thanks to the coach himself) that two of the world's greatest exponents of the shortened form of the game were excluded by "outside forces".

The prime minister of Grenada has already signalled his discomfort, but we all know that that is all it will be, "His discomfort"!

Except for a few minor rumblings, the team will go to Sri Lanka minus the best players.

Are we serious? Are we going to allow this travesty of justice to continue?

It is said that "the key to success and happiness is to find a middle level. The one problem with sport is that there is no middle ground ... sport is all highs and lows. That brings out things in people that normally wouldn't surface. A lot of good men become Jekyll and Hyde and everyone they touch suffers".