Chelsea look for relief in Europe 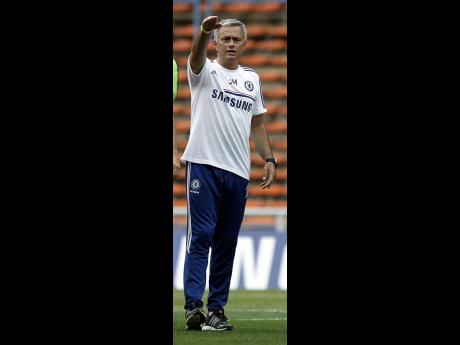 JosÈ Mourinho's Chelsea have made a miserable start to the Premier League season, lying 15th after seven games, but are top of their Champions League group and hopeful a strong run in Europe's prestige tournament can ease the pressure at home.

Chelsea began their European campaign with a 4-0 home win over Maccabi Tel Aviv. Next up, though, are FC Porto today, and the Blues have in the past struggled against the Portuguese outfit.

Mourinho has twice returned to his former club since leaving it for Chelsea in 2004, recording a defeat and a draw in his first spell in charge of the English club.

There could be a frosty atmosphere at Porto's Estadio do Dragao when Mourinho and Iker Casillas cross paths again.

Porto's Spanish goalkeeper may well be bearing a grudge against the Chelsea coach from their time together at Real Madrid.

Their relations became strained in 2012 when then-Real coach Mourinho surprisingly benched the long-time Spain and club goalkeeper, causing an outcry.

Casillas, who moved to Porto from Madrid last summer, was left off Real's first team for five months and said the episode made him cry.

It didn't hurt his career much, though: he is poised to become the player with most Champions League appearances today, overtaking Xavi Hernandez to play in the tournament for the 152nd time.

Chelsea have struggled domestically this season, and they drew 2-2 against troubled Newcastle United at the weekend. They have a 2-2-3 record and has half as many points as Premier League leaders Manchester United.

While the defending English champions' confidence is dented, Porto is joint leader of the Portuguese league.

Porto are undefeated in six domestic games and are on a 12-match unbeaten run in all competitions, though it was surprisingly held to a 2-2 draw by minnows Moreirense last weekend.