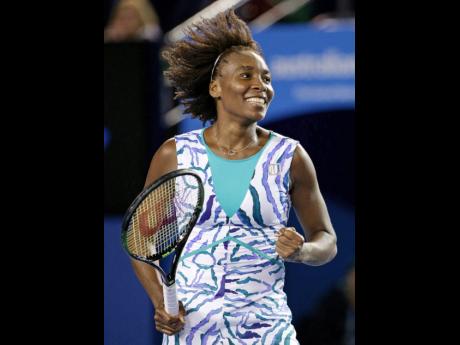 Venus Williams earned the 700th victory of her career yesterday by beating German qualifier Julia Goerges 6-4, 6-3 in the second round of Wuhan Open.

Williams is a seven-time major champion who won her last Grand Slam title at Wimbledon in 2008.

Earlier, Anna Karolina Schmiedlova beat a top-20 player for only the third time in her career when she defeated fourth-seeded Caroline Wozniacki 1-6, 6-4, 7-6 (6). Schmiedlova will next meet Kristina Mladenovic, who beat 14th-seeded Madison Keys of the United States 7-5, 1-6, 6-2.

Ana Ivanovic advanced with a 6-0, 6-3 win over Madison Brengle. The ninth-seeded Ivanovic has only dropped seven games in two matches.

Also, Belinda Bencic of Switzerland retired from her match against Camila Giorgi of Italy with a left leg injury. Bencic, who was coming off a loss to Agnieszka Radwanska in the Tokyo Pan Pacific final on Sunday, retired after dropping the first set 6-2.

Victoria Azarenka also limped off and retired after she was broken in the second set by Johanna Konta and was trailing 6-4, 1-0 in her third round match.

In the final match of the day, top-seeded Simona Halep beat Anastasia Pavlyuchenkova 6-2, 6-1.