WI jet off to Sri Lanka amid controversy 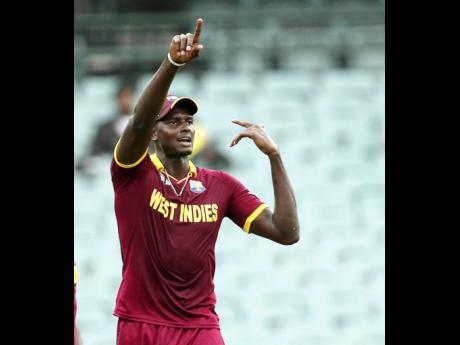 The second group of the West Indies squad left yesterday for Sri Lanka, even as the controversy of over head coach Phil Simmons' suspension continued to swirl.

Simmons was on Monday suspended by West Indies Cricket Board management after taking the unusual step of claiming that the selection panel - of which he is a member - had suffered from "outside interference" with regards to the picking of the one-day team for the upcoming tour.

The Trinidadian has been replaced for the tour by former Windies seamer, Eldine Baptiste, who is also a selector.

He will now oversee the regional side for the tour that comprises two Tests, three One-Day Internationals and two Twenty20s.

The squad concluded a week-long camp at the 3Ws Oval last Friday, and Simmons, who oversaw proceedings, said the Windies were prepared to meet the challenges of the Sri Lanka tour.

"[We expect] a lot of spin because you always think when you go to the subcontinent you're going to get a lot of spin, so for the last two days, we have had all the UWI spinners bowling at us," Simmons said at the time.

"Everything needs to be improved on but the biggest thing is that guys need to score big hundreds. We need to have a couple hundreds in each innings to put ourselves in a good position.

"The bowlers have been doing well, so we just need to have those big scores."

The first group of players, comprising mainly the fast bowling unit, left the island on Monday and are set to arrive in Colombo today, with the second group of players arriving tomorrow.

West Indies face the Sri Lanka President's XI in a three-day tour game starting October 8 before taking on Sri Lanka in the first Test in Galle on October 14.