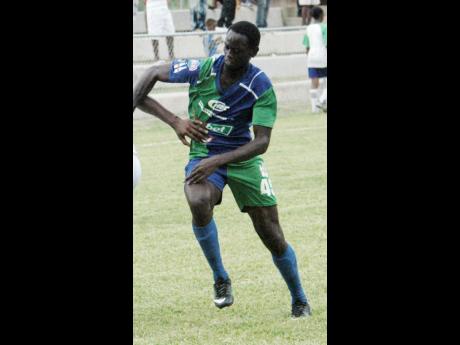 But his counterpart, Rudolph Speid, while confident his team will rebound from the heavy loss, was disappointed with the result, especially after Jeffery Grant was sent off for handling the ball inside the area in the eighth minute.

Dino Williams struck twice for the home side either side of the half. He got things going in the ninth minute when he scored his first from the penalty spot. Owayne Gordon made it 2-0 with a left-footed blinder in the 40th minute.

Then it was the ever industrious Jermaine Woozencroft who would add his name to the score sheet. His simple header from close range made it 3-0 in the 56th minute.

Things got worse for Cavalier when Williams showed why he is perhaps the best centre forward in the country, taking the ball expertly across Walters to complete the victory.

"Dino Williams is a special talent in front of goal and we are delighted how well he is playing at the moment," said Hankinson.

"It certainly was a good performance from start to finish and while we rested some players, the others filled the role well, especially in midfield," Hankinson noted.

Speid, meanwhile, was keen to point out how difficult it was for his team to play their game with a man down so early into the contest.

"The red card definitely changed the whole complexion of the match and we were fighting an upward battle thereafter," said Speid.

With the win, Montego Bay United climbed to second in the league table on nine points, while Cavalier lost ground to be in fifth position on seven points.