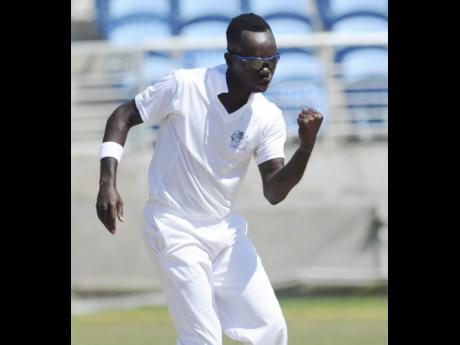 The two-day encounter at Kensington Park, saw Miller claiming five for 25 as Paul Palmer's XI, after losing the toss and asked to take first strike, were bowled out for 159.

Brandon King's XI, in response, closed the day on 123 for three with Campbell, another in-form player making 67.

The five-wicket haul was Miller's best return in the trial series. His previous best was four for 51 in the abandoned third trial match last week.

"Nikita bowled a good spell today, continuing where he left off in the last game," said Jamaica coach, Junior Bennett.

"It's also good to see him coming into his own with the start of the tournament not too far way."

Meanwhile, Bennett, who said he was disappointed with the overall application of the batsmen in Paul Palmer's XI, also expressed pleasure with the batting form of Campbell.

Campbell's knock was his third fifty of the series after scores of 71 and 88 in first and second matches.

"John batted well for his half-century. He, however, needs to start converting those big half-centuries into hundreds," said Bennett.