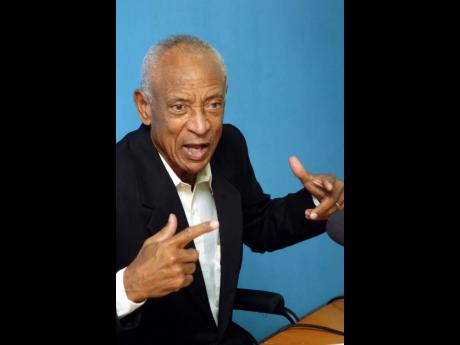 Former West Indies Cricket Board president, Ken Gordon, believes suspending head coach Phil Simmons was the right thing to do but says he should still be allowed to join the squad in Sri Lanka in some capacity.

The 85-year-old Gordon, who led the troubled entity between 2005 and 2007, said Simmons's appointment as head coach had been a positive development, and since he had now apologised for his actions, the WICB needed to find a way of incorporating him.

"The reintroduction of Simmons as coach has been an invigorating development. A former Test player, Phil is well respected and liked on all sides," the Trinidad Guardian newspaper quoted Gordon as saying.

"He is a good leader, knows the game and has come back to us with an impressive track record earned from his virtual transformation of the Ireland cricket team.

"Fortunately, too, the board now has a further opportunity to redeem itself if it responds maturely and accepts Phil Simmons' apology. If they can be magnanimous, even at this late stage, and make him a part of the Sri Lanka team."

Simmons was suspended for the tour after telling media in Barbados last week that people were using their position to influence the selection process, and keep the Trinidadian duo of Dwayne Bravo and Kieron Pollard out of the one-day team.

He said he and chairman of selectors, Clive Lloyd, had voted for both players to be included for the tour of Sri Lanka next month but revealed that the other members of the selection panel - Courtney Walsh, Courtney Browne and Eldine Baptiste - had voted against the move.

"I don't think that it (selection) was done as professionally as it should be done, [there was] too much interference from outside and in this case, I even go as far as saying maybe influence because the reasons that were given for them being out," Simmons complained.

Gordon, a successful Trinidadian businessman, said Simmons's suspension was warranted but his subsequent apology showed he understood the mistake he had made.

"The really terrible irony about the current situation is that suspending Simmons was the right thing to do. Disciplinary action was required in the circumstances," Gordon pointed out.

"He now understands that as coach it was wrong to make such public criticism of the organisation he has been employed to represent. His responsibility was to fight this internally or leave. You cannot have it both ways."