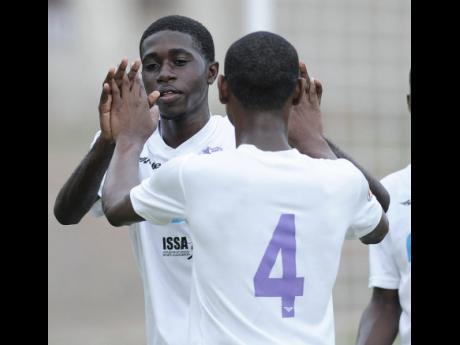 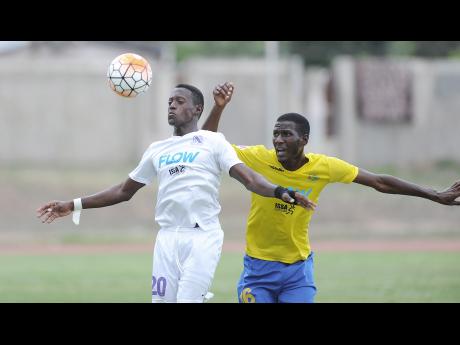 KC went ahead in the 26th minute when Rashawn Mackison headed home from a perfect Nickardo Hanchard corner kick.

The purple and white-clad KC should have wrapped up the game before the end of the first half but wayward finishing ensured their opponents remained with a fighting chance.

They took that chance in the 62nd minute when Khalfane Richards cleverly chipped the ball over a KC defender then dribbled into the 18-yard box before slamming home. Richards who was scoring his fourth goal of the season, celebrated wildly in front of the KC supporters with a wipe of his finger across his neck.

"That was just my celebration. I like to upset the big guns like St George's and KC," he said.

"I feel very wonderful as I have put in a lot of hard work. I will keep trying to score more goals," he told The Gleaner.

KC remain top of the group with 16 points from six games, with five wins and yesterday's draw. Camperdown are next with 12 from five while Jose Marti are third with seven points.

KC's coach Ludlow Bernard said his team needed to convert its chances and also tighten up in defence.

"We will always say that we need to convert our chances, but probably if we were a little tighter in defence they would not have got that chance," he assessed, adding that they will be looking to "maximise their efforts in remaining games".

Calvert Fitzgerald, coach of Jose Marti, believes his team did well to earn the draw.

"We really wanted something from this KC game so we are very satisfied," he said.