New focus for HPC as player development shifts to PCL 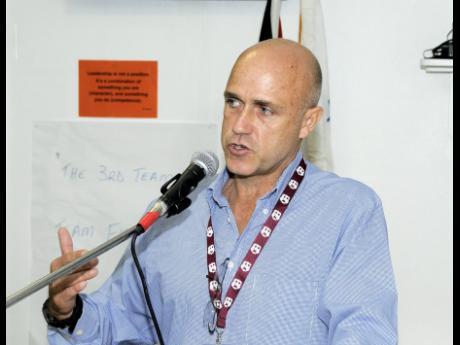 Emphasis will shift from the Barbados-based High Performance Centre (HPC) and onto the West Indies Cricket Board (WICB) Professional Cricket League for the development of regional players.

The WICB said yesterday while the HPC had served the region well in producing a number of well-established Test players, the institution would no longer function as it did in the past by enrolling a set of players on a year-round basis.

Rather, the HPC will now serve to provide the "finishing touches to elite players" coming out of the regional competitions.

"We need to differentiate between the High Performance Centre and High Performance Programme. The staff is still based in Barbados, but we no longer have a cohort because we are now looking to the franchises to develop the talent," said the WICB's Director of Cricket, Richard Pybus.

"The financial investment is into the establishment of a sustainable professional cricket system in the region, not only as a standalone professional product in the sporting marketplace, but also with the specific goal to produce players for the West Indies.

"It is now the responsibility of the territorial boards in their development programmes and the franchises with first-class cricket to ensure the player pipeline to West Indies teams is well-stocked with international standard players."

The WICB moved last year to institute the PCL, comprising six franchises from the traditional cricketing territories, and competing for the first time under a full professional system.

Meanwhile, the last intake of cricketers at the HPC was in 2013, with Pybus pointing out the need now for a second tier, franchise tournament and a regional academy programme.

"The tournament will serve a number of playing and development purposes, expanding and accelerating the work the WICB is currently doing of preparing players for the highest levels of the game," he said.

"The academy would bring in the best elite emerging players to the HPC for three months in the off-season and they be groomed for international cricket.

"Right now, we are seeking sponsorship to operate both programmes in a meaningful way."

The second edition of the PCL is set to bowl off next month.