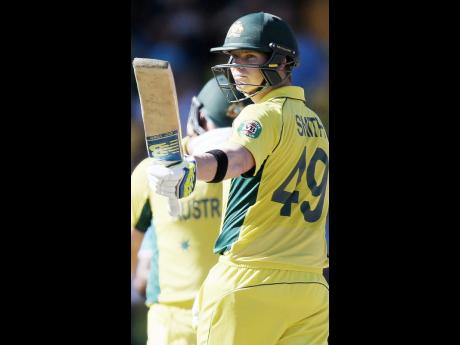 Former Pakistan captain Inzamam-ul-Haq said yesterday that he will coach Afghanistan during the upcoming limited-overs tour of Zimbabwe.

Calling Afghanistan "a fast rising team in international cricket," Inzamam told The Associated Press that he will fly to Harare tomorrow to take charge of the ICC associate member.

"They have some good fighting cricketers and what I will be looking forward (to) is to better their batting technique in international matches," said the 45-year-old Inzamam, who scored 8,830 runs in 120 Test matches and 11,739 runs in 378 ODIs.

He retired from international cricket in 2007.

Australia cricket captain Steve Smith said yesterday he was disappointed he won't get to lead the Test side to Bangladesh and he felt it for cricket fans in the South Asian country.

On Thursday, Cricket Australia chief executive James Sutherland said the two-Test tour of Bangladesh, scheduled to start with a warm-up match today, would not go ahead after Australia's Department of Foreign Affairs identified a serious security risk.

An Italian citizen was shot to death by a gunman on a motorcycle while walking in Dhaka's diplomatic zone on Monday. The militant group Islamic State later claimed responsibility.

Smith said he understood the disappointment of the cricket community in Bangladesh.

"I really feel for them," Smith said. "They were all looking forward to us coming over, to playing over there so hopefully we can get an opportunity to get over there at some time."

Klitschko vs Fury rescheduled for Nov 28

Wladimir Klitschko's postponed heavyweight title defence against Tyson Fury has been rescheduled for November 28 at the same Duesseldorf venue.

The Ukrainian had been scheduled to defend his IBF, WBO and WBA belts against the British fighter on October 24, but the bout was called off after Klitschko tore a tendon in his left calf in training.

Klitschko says in a statement Friday that that "injury will heal quickly enough for me to enter the ring on November 28."

Fury, unbeaten with 18 knockouts in 24 wins, is bidding to become the first fighter to defeat Klitschko since Lamon Brewster on April 10, 2004.