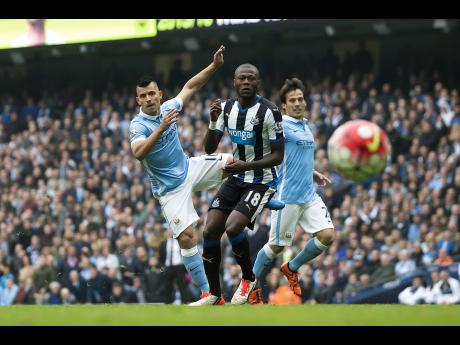 Defending champions Chelsea fell to their fourth loss of the Premier League season on Saturday, leaving Jose Mourinho talking about the possibility of being fired.

In what appeared to be a pre-emptive move after yesterday's 3-1 home loss to Southampton, Mourinho reminded owner Roman Abramovich that the club has an unwelcome reputation for discarding managers.

In the six years before Mourinho returned to the Chelsea dugout in 2013 - after previously coaching the team from 2004 to 2007 - Abramovich went through seven managers.

"If the club wants to sack me, they have to sack me because I'm not running away from my responsibility, my team," Mourinho told Sky Sports television.

If losing four games out of eight so far in the league was not bad enough, Chelsea also lost at Mourinho's former team, FC Porto, in the Champions League on Tuesday.

"If the club sacks me, they sack the best manager this club has had," Mourinho said. "And the message is again that ... bad results, the manager is guilty. That is the message the players have had for a decade."

Willian had curled in a free kick after 10 minutes to put the champions in front, but Steven Davis levelled before halftime. Sadio Mane and Graziano Pelle netted in the second half to give Southampton its first win at Chelsea since 2002.

City's dominant performance in the second half against Newcastle provided a reminder of the team's title credentials after back-to-back Premier League losses and a Champions League setback.

three minutes before halftime to equalise

Aleksandar Mitrovic headed Newcastle in front in the 18th minute and it took Aguero until three minutes before half-time to equalise.

But in a 13-minute spell at the start of the second half, Aguero added another four goals, while Kevin de Bruyne also got in on the scoring act for the leaders.

Aguero had only scored three goals in the first two months of the season before yesterday and his tally might have been greater had he not been taken off with around 25 minutes remaining.

"In other games, he was maybe having a lot of chances but not scoring," City manager Manuel Pellegrini told the BBC. "But today, he returned to his normal amount of chances he creates, but this time he scored.

"He was not upset about going off. He was having treatment at half-time and it was a risk for him to finish the whole game."

Newcastle are last in the standings, still without a win after eight games. Northeast rivals Sunderland moved ahead on goal difference with a 2-2 draw against West Ham. Sunderland threw away a 2-0 lead to leave Dick Advocaat still searching for his first victory over the campaign.

It's similarly bleak for Aston Villa, who are a point further ahead with just one win to their name so far. Marko Arnautovic gave Stoke a 1-0 victory at Villa Park.

There were victories for two of the surprise packages of the early season: Crystal Palace and Leicester.

Leicester quickly bounced back from their first loss of the season last weekend by winning 2-1 at Norwich.

Yohan Cabaye set up Yannick Bolasie's header and then scored from the penalty spot as Palace beat West Bromwich Albion 2-0 to move ahead of Leicester into third place on goal difference.

A meeting between promoted clubs Bournemouth and Watford ended in a 1-1 stalemate.