History and development of PE and sports 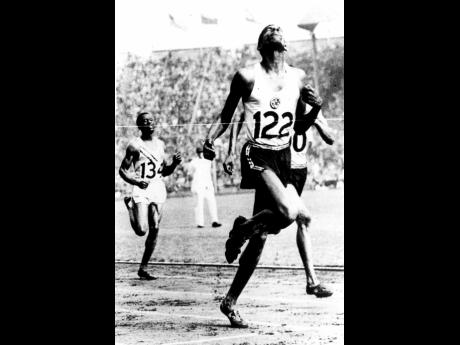 The first Olympic Games were heavily based on religion and were tributes to the gods of ancient Greece.

The Games can be traced as far back as 776 BC and were held every four years in Olympia, Greece, until 393 AD when they were banned by a Christian, Emperor Theodosius I, who saw them as pagan festivals.

The ancient Olympics were also an opportunity to show the abilities of young people and to promote good relationships among competing cities. A truce was declared during the Games. all fighting had to stop. Married women were strictly forbidden to watch the Games.

The Games initially lasted one day but gradually went to three and then five days of competition. The events included athletics, boxing, wrestling, pentathlon (which consisted of three running races, jumping, and discus throw), chariot racing, equestrian events, and the pancratium, a violent combination of boxing and wrestling. Winners were given laurel wreaths and palm branches, which were highly regarded.

In 1894, Baron Pierre de Coubertin became inspired by a number of events that were held, all claiming to be a revival of the Olympic Games. This led him to set up the International Olympic Committee (IOC), which initiated the modern Olympic Games.

The baron had been impressed by the Games he had seen in the English public schools and the athleticism they generated. He wanted to improve the physical health of his countrymen and thought the Olympic Games would be a good way to do it.

The first Games took place in Athens, Greece, in 1896, and 241 male athletes from 14 countries competed in nine sports.

Today, the Olympic Games are the world's biggest and most famous sporting event. Held every four years - with both summer and winter sports competition - the aim is to promote the ideals of

The IOC works to ensure that a lasting legacy is developed, helping the host cities to change their community for the better. They are also working with developing countries to help with expansion of sporting programmes, focusing on education and sports, peace and sports, women and sports, and sports and the environment.

The Olympic values of excellence, respect, and friendship are of huge importance before, during, and after the event. The last Olympic Games, in 2012, were held in London, England and 204 countries took part in 26 sports. The next Olympics will be held in Rio de Janeiro, Brazil, in 2016, followed by Tokyo, Japan, in 2020.

The IOC chooses the host city through its members' votes. Cities, not countries, put their names forward.

A number of scandals showed a great deal of bribery was involved in the selection process and new rules were introduced by the IOC in 1999. Cities cannot now be accepted as official candidates until the IOC executive board is satisfied that they are properly prepared and in line with IOC guidelines. Visits by IOC members to such cities and gifts to IOC members are banned.

All summer Olympics since 1984 have made a healthy profit. plus, there is status and publicity for both the city and country. They must improve their facilities as well as roads, transportation system, guest accommodation, and tourist attractions. Holding the Olympics provides other commercial opportunities because of the large influx of competitors and spectators during the Games.

Cuba was the first Caribbean country documented to have entered the Summer Olympic Games, doing so in 1900 in Paris. They won two medals - one gold and a silver - in fencing.

Haiti entered in 1924, but it was not until 1948 that teams from a number of Caribbean countries, including Jamaica and Trinidad and Tobago, participated.

In 1998, a meeting of Caribbean delegates took place to discus Caribbean Olympism, and the Caribbean Association of National Olympic Committees was established.