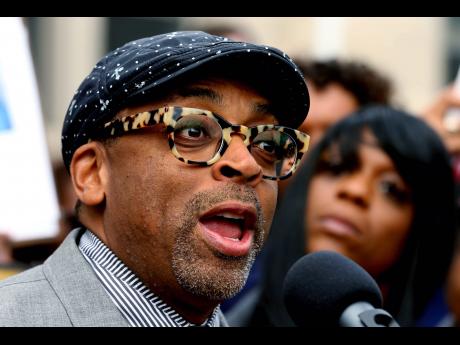 He's a noted filmmaker, a teacher, an honorary Oscar winner, a crazy New York sports fan, and now this: Spike Lee is the next grand marshall of the New York City Marathon.

"It's gonna be a great day in my life," Lee said in an interview about his new title. "All those runners, coming from all over the world to New York? It's gonna be a fun time."

Lee, 58, is known as one of his hometown's great boosters, and so it's apt that he becomes the first New Yorker to get the title of grand marshall.

He's also only the third person in the race's 45-year history to have it, race officials said, after Czech running star Emil Zatopek in 1979 and Grete Waitz of Norway - winner of a record nine titles, who died in 2011 - in 2003.

"When we looked at having a grand marshall for this year's TCS New York City Marathon, we envisioned someone the world would immediately recognise as a sports enthusiast and quintessential New Yorker, and Spike was the perfect fit," said Michael Capiraso, president and CEO of the New York Road Runners, in a statement.

Lee professes to having no idea why he was chosen for the honour, but notes he's a lifelong fan of the race, which takes place this year on November 1.

"When I was in college at Morehouse in Atlanta, this was really my New York fix, watching the marathon," he said. "Because I will go to my grave, you know - hopefully, no time soon - saying that New York City is the greatest city on God's planet! And I think the marathon is a big demonstration of that, people coming from all over the world, to do their best. There's no better city in the world to do that than New York City."

An added bonus for Lee: The race goes through the Fort Greene neighbourhood in Brooklyn, where he grew up and where his film company's office is now. He used to put his kids in their strollers and greet the runners. As part of his race duties, he'll ride the 26.2-mile route in the grand marshall's car.

Lee is known as one of New York's most avid sports fans for his die-hard support of the New York Knicks and also the Yankees.