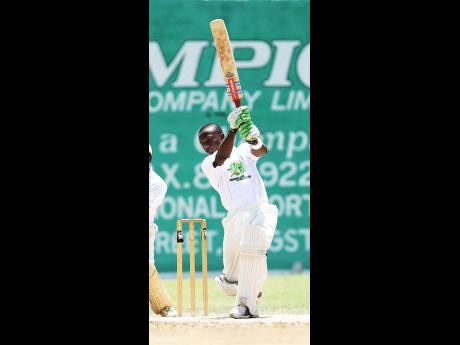 The 28-year-old, who had a lukewarm season last year and was in and out of the team, hit an unbeaten 159 as John Campbell XI, sent to bat, closed on a healthy first innings total 346 for nine.

McCarthy, a former West Indies Under-19 representative, stroked 13 fours and five sixes during his knock, which has so far accounted for 203 balls.

Wicketkeeper Carlton Baugh Jr, who made an unbeaten 54 in the previous trial match, almost scored a century as he provided strong support with 96.

"I know I needed a good score after getting starts in the other games and today it came off. I am excited about it," said McCarthy.

"I have been training hard before the start of the season and been putting in the work and am now glad to see it coming together.

"I just hope to continue in the remainder of the trials and hopefully impress the selectors to be a part of the squad for the opening game," he expressed.