Lorne off to Chess Open in Las Vegas 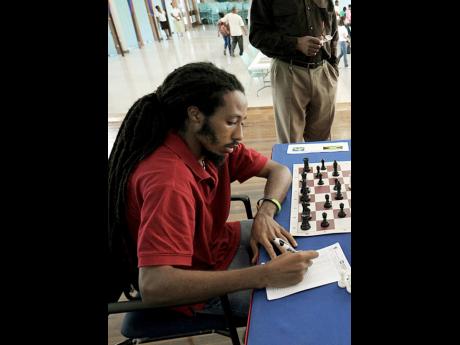 Ras Malaku Lorne, Jamaica's World Chess Federation (FIDE) Candidate Master, left the island yesterday for Las Vegas, Nevada, where he will compete in the 2015 edition of the Millionaire Chess Open.

The tournament opened yesterday and will end on October 12.

One of Jamaica's best players for the past 12 years, Lorne had his break-out year in 2003 when he won the NM Dr Harold Chan Open tournament ahead of stalwarts such as Shane Matthews, the Jamaican legend and many-time national champion. That same year, he tied for second in the Jamaican Senior Championship and was awarded the National Master title.

He debuted for Jamaica at the World Chess Olympiad in Calvia, Mallorca, Spain, (2004), and returned to the Olympiad scene in Tromso, Norway, (2014), where he earned his FIDE Candidate Master title.