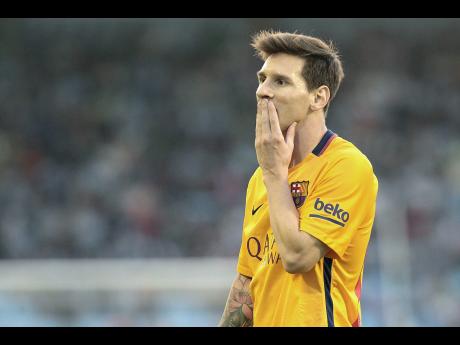 Lionel Messi will stand trial in Spain on three counts of tax fraud and could be sentenced to nearly two years in prison if found guilty.

A Spanish judge yesterday rejected a request to clear the Barcelona player of wrongdoing and decided to charge him and his father, Jorge Horacio Messi, with tax fraud.

Prosecutors had said Messi - a four-time World Player of the Year - was not fully aware of his father's unlawful activities and should not have been charged, but the state attorney's office contended that the Argentina forward knew enough to also be named in the case.

The company managing Messi's image rights, Leo Messi Management, defended the player, saying he had already been cleared by prosecutors.

A court had recently rejected an appeal filed by Messi's lawyers to drop the Barcelona player from the case. Things seemed to be going Messi's way after prosecutors this week announced their request to clear him of any irregularities, but the judge ruled yesterday that there was enough evidence of crimes committed by both Messi and his father.