Scare for Lewis at trial 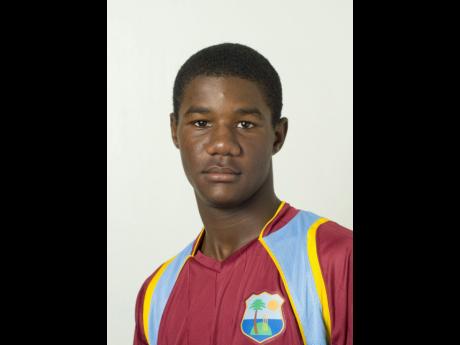 The 19-year-old, who made his first-class debut last season, will miss today's third and final day of the three-day encounter after dislocating his shoulder.

The injury occurred as he attempted field a ball at full stretch in the covers while representing John Campbell's XI against Paul Palmer's XI.

"He dived full stretch to save a ball at cover, and dislocated his shoulder. We took him to the doctor, and they slipped it back in and he is now recuperating."

Bennett, who revealed that he was the person who took Lewis to the doctor, also expressed pleasure that the injury was not more serious.

"We are quite pleased that the injury is not as serious as it could have been, and we look forward to him returning to action soon, " he said.

Meanwhile, the batsmen continued to show their worth in the match-up with Palmer's XI closing on 223 for five in reply to Campbell's XI 363 earlier in the day.

Experienced batsman Tamar Lambert scored 74 for Palmer's XI with the skipper getting 45. All-rounder Rovman Powell, 36, was also got among the runs.

Veteran spinner Nikita Miller took two for 21.
Earlier, batsman Andre McCarthy, who resumed the day unbeaten on 159 finished on 163 not out as Campbell's XI,  resuming on 346 for nine, were all out for 363.