Is one good enough? 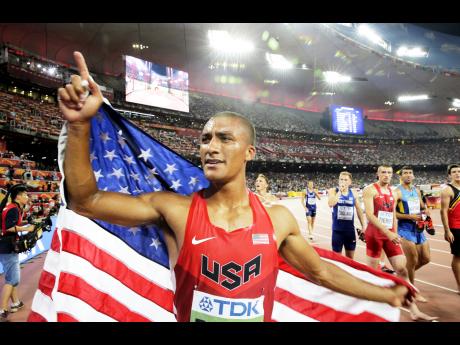 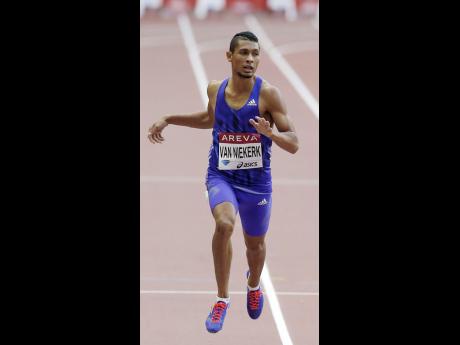 In 2015, American Ashton Eaton did what every athlete dreams of. The decathlon supremo elevated his own world record to win the gold medal at the World Championships in Beijing. His monumental score of 9045 points included a mind-boggling 400-metre run of 45 seconds flat in his fifth event of the decathlon's first day.

Injury, however, made Beijing Eaton's only decathlon for the year. That leaves the sport with a big question. Has Eaton done enough to be Athlete of the Year? Decathletes seldom do their event more than twice a year, but two quality efforts would have sealed the deal for the American.

Usain Bolt had an injury-restricted season too but still managed to win a much-awaited World Championship 100-metre final. That was just the first half of a sprint double completed by a crisp 19.55 seconds run over 200 metres.

Only Bolt, Yohan Blake and Michael Johnson have ever gone quicker than 19.55.

Mohammed Farah of Great Britain won the 5,000 and 10,000 metres in Beijing, but Asbel Kiprop may have been even more impressive. He won commandingly in Beijing, dominated affairs in the 1500m all season and legged one of the best times ever in the metric mile - 3 minutes 26.69 seconds.

Times under 3.27 are rare. World record holder Hicham El Guerrouj and Kenyan-American great Bernard Lagat are the only other men to go that fast.

Another Kenyan could be in the running for the top spot. Julius Yego did lose a few times but boomed a massive throw of 92.72 metres to win the javelin at the World Championships. Now the popular Kenyan is the third longest thrower of all time.

Triple jumper Christian Taylor gradually edged ahead of Cuban youngster Pedro Pablo Pichardo in a high-quality season-long rivalry. Both got past the 18-metre barrier before Taylor scared the 20-year-old world record in Beijing with his winning jump of 18.21 metres. The mark set by Briton Jonathon Edwards at the 1995 World Championships survived by just 8 centimetres.

Add American shot putter Joe Kovacs, his trio of 22 metres throws and his gold in Beijing, and it's really a tough call. Maybe the only safe course of action is to give the Athlete of the Year award to the man who dominated the best event in track and field in all of 2015.

The men's 400m had 18 men under 44.80 before Beijing, with two under 44. Eighteen runners broke 45 in the heats in the Bird's Nest Stadium. Nine ran under 45 in the semis without reaching the final. In the medal race, Lugelin Santos of the Dominican Republic ran 44.11 ... to place fourth.

Third went in 43.78 seconds to Grenadian great Kirani James, just 0.04 off his lifetime best. The silver went to American star Lashawn Merritt in a personal best 43.67 seconds. The winner was one of those two men who broke 44 seconds before the World Championships. His winning time was super fast at 43.48 seconds. That man is Wayde van Niekerk of South Africa.

Though he lost at the Zurich Diamond League a week after the Worlds, that was the only smudge on a brilliant season. Johnson set the world record 43.18 seconds - when he was 32. The new king of the quarter is only 23, and only Johnson, Butch Reynolds and Jeremy Wariner have ever ran the one-lap distance quicker.

There's no doubt that there are several good candidates for the Athlete of the Year award. Equally, it will be hard to overlook Eaton and his world record. Perhaps the athlete with the best chance of overtaking the superstar decathlete is Wayde van Niekerk.