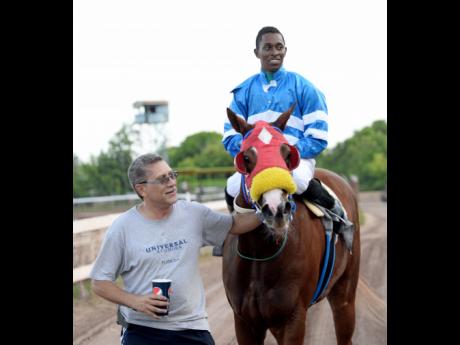 Form players experienced a tough time at Caymanas Park yesterday, ensuring that the Pick-9 and first Super-6 had no takers.

Both exotic bets boast attractive carry-overs to next Saturday's Alex's Imports Gold Cup meet, featuring the 44th running of the popular grade one race over 1400 metres.

With the fancied horses failing to deliver for the most part, doubles, triples, superfectas, trifecta, hi-fives and exacts paid handsomely. The programme produced no startling upsets, but with most of the winners returning odds ranging from 8-1 to 9-2, it spelt grief for punters.

Only one favourite managed to oblige - KING WITHIN - at 8-5, with former champion Omar Walker aboard in the fourth. Apprentices Linton Steadman and Hakeem Pottinger had doubles on the card.

Meanwhile, the lightly raced but progressive three-year-old gelding, GOLD MEMBER (9-2), truly impressed in winning the restricted allowance race over the straight for three-year-olds, posting his second win over the distance on consecutive Saturdays.

Ridden by Ruja Lahoe for trainer Gresford Smith and owners New Blue, the chestnut gelding by Adore The Gold out of Lady Chachi won by four lengths in the smart time of 58.0. GOLD MEMBER is a half brother to 2011 2000 Guineas winner Big Man Boyu (War Marshall - Lady Chachi).