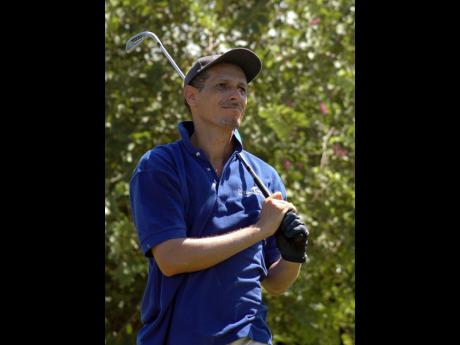 Richard White and Glenn Lawrence were the toast of the ninth annual Couples Negril Charity Golf Tournament, which was held at the Negril Hills Golf Club in Westmoreland on Sunday.

The pair, who carded the best overall net score, won the two-man scramble event ahead of Errol Williams and Dennis Jones, and Glenroy Walker and Murine Blake.

"It was a competitive challenge and, at the end, it feels good to come out on top," said Lawrence.

"We have been close in previous years, but this year, we said we wanted to win, and played to win."

The tournament, which attempted and raised $1.2m for a number of local charities in the area, also had other sectional winners. Top among them was the best-overall gross score and closest to the pin challenges. Ian Royal and Steve Richards took home the gross score title, while many-time national female champion Maggie Lyn was one of four closest to the pin victors. The others were Bobby Vertullo, Donald Anderson and Maurice Foster.

Lyn, who pointed out that the tournament is one that she always looks forward to participating in, said she wanted to do better this year.

"The greens were very challenging as we are not used to the greens being so slow," said Lyn.

"We had to really put a lot of emphasis in our shots, and when we tried to hit it hard, it wasn't easy to put. But, overall, the course was in good condition, and we enjoyed it."

Lawrence, meanwhile, who is also chief executive officer of Couples Negril, said he was pleased with the staging of the event.

"It is good to see again a good turn-out for what is a worthy cause," he said.

"We take giving back to our community very seriously, and to know that lives will be changed as a result of this tournament makes us feel good."

The charities that are slated to benefit from this year's event are Clifton Boys' Home in Darliston, Westmoreland, and Grange Hill Primary School, also in the parish.