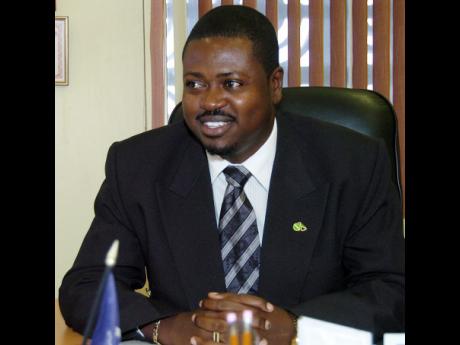 Despite admitted financial constraints, the Institute of Sports (INSPORTS) has affirmed its ideal of supporting sports at the grass-roots level through a $215,000 sponsorship for the upcoming INSPORTS/JTTA National Table Tennis Club League, scheduled to tee off next Thursday.

The event was launched at the INSPORTS Board Room, at the National Arena, yesterday.

Ian Andrews, executive director of INSPORTS, said he was passionate about seeing the sport return to the "glory days" of the 1950s, which motivated many students during his time as a student and former player at Jamaica College.

"As an agency, we are struggling with funds, because funds aren't easy to come by these days, and sports, unfortunately, sometimes get the bad end of the stick, so to speak. But we decided to dig into our reserves to come up to sponsor this tournament," he said.

"First of all, we have the passion and we know the potential that the sport has," continued Andrews.

There are 15 teams in the current league structure, with matches to be contested on a home-and-away basis in divisions one and two.

There is no current women's league, but women can play in Division Two, and new participants can contact INSPORTS at 906-6389.

Jamaica Table Tennis Association president, Godfrey Lothian, who is also an ethics officer at INSPORTS, said: "Today, I am extremely happy because in these difficult times when money is hard to come by, the Institute of Sports has come on board to sponsor this competition, and we want to give them thanks.

"INSPORTS is working to ensure that every man, woman and child is involved in sports in this country," he added.

Besides the cash injection, INSPORTS also handed over table tennis rackets and balls to the participating clubs.