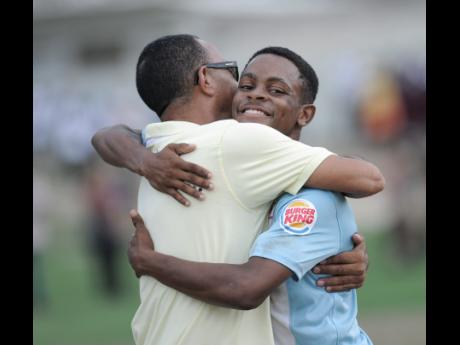 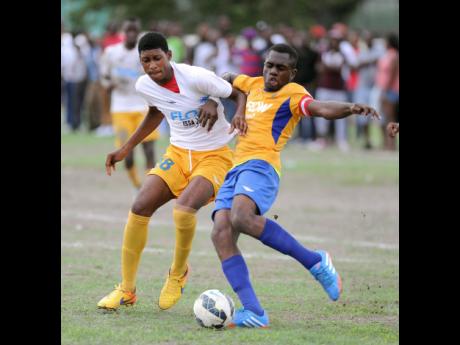 St George's College swamped Eltham High 4-0 to top the competitive Group C and advance to the next round in the ISSA-FLOW Manning Cup football competition yesterday.

Gregory Messam Jr hit a brace for St George's in the seventh and 13th minutes and Alex Marshall (22nd) and captain Shevon Stewart (24th) scored the other goals in the away fixture.

Innswood started the day leading the group on 22 points ahead of St George's and Denham Town High - both on 19 points apiece.

However, Denham Town clipped Innswood 1-0 at Chedwin Park in St Catherine, which meant that all three teams closed the preliminary stage on 22 points each.

St George's topped the group with a superior goal difference ahead of Denham Town and Innswood. All three teams qualified for the next Manning Cup stage as St George's and Denham Town made it as the top two teams from the group, while Innswood sneaked in as the second best third-place team from the seven groups in the preliminary stage.

At Chedwin Park, Denham Town scored early when Shevon Richards fired a free kick into the goal in the fourth minute.

After that, Denham Town sat back and defended stoutly for the win.

Coach of Denham Town, Omar Edwards, praised his team for their discipline and team spirit.

"It was a very physical game. We got the early goal and defended well. We played and showed that we wanted it more," Edwards said.

On the other hand, coach of Innswood, Anthony Thompson, said his team was undisciplined.

"Our goalkeeper gave up a soft goal. Our opponents wanted it more," Thompson admitted.