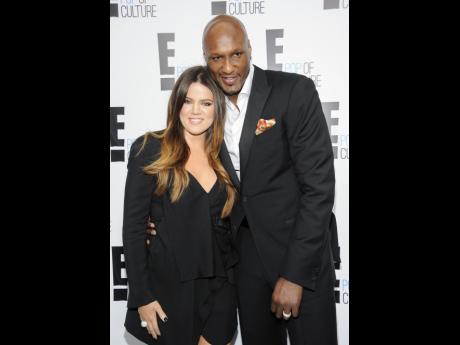 AP photo
In this April 30, 2012 file photo, Khloe Kardashian Odom and Lamar Odom from the show 'Keeping Up With The Kardashians' attend an E! Network upfront event in New York.

Wehrly said detectives worked until early this morning collecting evidence and interviewing employees at the brothel where the former NBA player and reality show star was found unconscious.

She said she couldn't immediately say what they believe caused Odom to become unconscious.

However, she acknowledged that medics usually turn someone on their side, as Odom was, to relieve pressure on the chest and help them breathe.

The sheriff didn't say whether Odom ever regained consciousness while he was stabilised and taken to hospitals.

Hof said Odom didn't use drugs in the presence of anyone in the house.

Meanwhile, reality TV personality Khloe Kardashian has been by Lamar Odom's side at a Las Vegas hospital since yesterday evening.

That's according to a person close to the Kardashians who spoke anonymously because she wasn't authorised to speak to the press.

Kardashian and Odom were married in 2009, but Kardashian filed for divorce in 2013, citing irreconcilable differences.