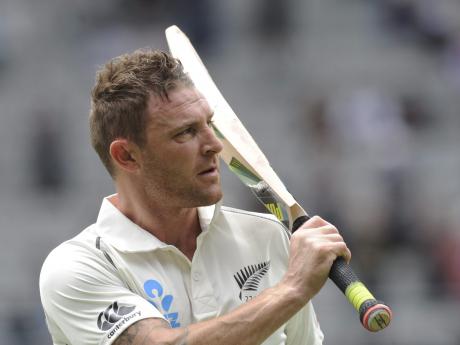 New Zealand cricket captain Brendon McCullum has given evidence in a London court alleging the former star allrounder Chris Cairns approached him with a "business proposition" that involved match fixing.

Former New Zealand international Cairns is accused of lying during a libel action against Indian Premier League founder Lalit Modi and is facing charges of perjury and perverting the course of justice.

McCullum and former Australia captain Ricky Ponting are among the cricketers who have been called to give evidence.

Britain's Press Association reported yesterday that McCullum told the Southwark Crown Court he was in Kolkata, India in April 2008 when he received a phone call from Cairns, who wanted to discuss a business proposition and asked him to meet at his hotel.

McCullum said he was shocked when Cairns laid out the plan, saying he thought of the former New Zealand allrounder "as a friend I looked up to and someone I trust".

He said Cairns asked him if he knew anything about spot fixing in cricket, which is where players can manipulate the scoring rate either as a bowler or a batsman.

"I was shocked. I sort of thought he may have been joking, but I quickly became aware that he was not joking. He said that everybody is doing it; all the big boys are doing it. Will you take it on?" McCullum was quoted as saying.

McCullum said he rejected the approach in a later phone call, saying: "I wish I had said no straight away. I could not comprehend that Chris would put me in a position which would risk my future in the game."

In 2010, Modi used a social media account to accuse Cairns of fixing a game in the now defunct Indian Cricket League, a rival Twenty20 competition to the IPL, in 2008.

Cairns sued Modi in London for libel and was awarded damages but is now subject to the perjury action.