Messam spot on for St George's 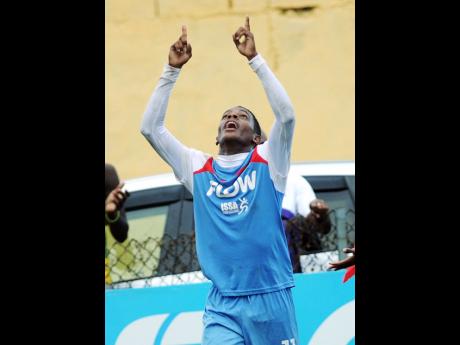 St George's bossed midfield play and kept Excelsior deep in their own half early in the match. Messam put his school ahead from the penalty spot in the 38th minute after he was fouled while going past three Excelsior defenders.

Excelsior improved after the half-time break and equalised when a defender put the ball in his own net.

St George's restored the lead from the penalty spot. This time Shevon Stewart was fouled in

the 18-yard box and Messam dispatched a spot kick in the 59th minute.

Alex Marshall then completed the scoring when he sent a low and firm shot which Excelsior goalkeeper Romario Palmer got a hand to but could only parry into his net.

Marshall has now scored 13 goals this season while Messam has netted 10.

St George's assistant coach Marcel Gayle said: "It was unfortunate we conceded a goal, but we are happy to win and move forward. We are always looking to get better," he said.

"At this level you have to be on your best game," he said.