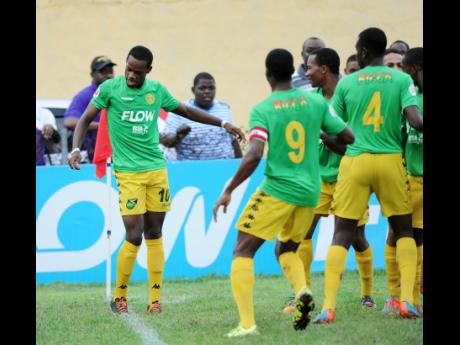 Shaqon Bryan ,in the seventh minute, and Ryan Smart, from the penalty spot in the 68th, were the scorers for the 2003 champions. It was KC's first loss of the season.

St Jago will meet St George's College in one semi-final next Wednesday at the same venue.

St Jago dominated yesterday's encounter and could have won by a wider margin but were wasteful in front of goal.

On the other hand, KC had some good chances through Rashawn Mackison and Richard Byfield.

Coach of St Jago, Glen 'Bobby Reds' Laing, was delighted with the performance of his team.

"We came into the game with a plan to attack early. We got the early goal and dictated play but missed several chances," Laing said.

Meanwhile, Ludlow Bernard, coach of KC, conceded that St Jago were better on the day.

"We lacked adequate prepa-ration due to rain, but St Jago are a good team," Bernard said.