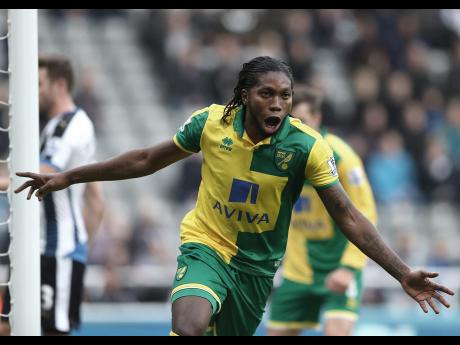 Diego Costa returned from a three-match ban to secure a valuable win for Chelsea and pile more pressure on troubled Aston Villa boss Tim Sherwood. The striker converted Willian's delivery in the first half. And the Blues added a second when Villa's Alan Hutton deflected in Costa's shot early in the second.

West Ham maintained the best away record in the Barclays Premier League against 10-man Crystal Palace. The Hammers extended their unbeaten away run to five games - including four wins - with Carl Jenkinson giving them an early lead. Yohan Cabaye replied from the penalty spot but after Dwight Gayle was red-carded, Manuel Lanzini and Dimitri Payet confirmed the win.

Manchester United made amends for their 3-0 defeat at Arsenal with a similar win over Everton. Morgan Schneiderlin claimed his first United goal and the home side fell further behind through Ander Herrera's header. Romelu Lukaku came close for Everton, as Wayne Rooney coolly tucked in his first away league goal in 11 months.

Manchester City maintained their charge towards the Barclays Premier League title thanks to a hat-trick from Raheem Sterling and a brace from Wilfried Bony. City were without the injured Sergio Ag¸ero but took the lead when Sterling scored from close range. Bony added a second before Glenn Murray replied from long distance. Sterling added a second and then completed his hat-trick before Bony added a late fifth.

Jamie Vardy maintained his remarkable run of goals to help Leicester City's sensational comeback at Southampton. Jose Fonte's first goal for 18 months gave the Saints the lead before Virgil van Dijk added a second from close range. But Vardy headed Leicester back into the match, before claiming home his ninth goal of the season in added time - the sixth game in a row in which he has scored.

Jurgen Klopp's reign as Liverpool manager began with a draw against Tottenham at White Hart Lane. Liverpool keeper Simon Mignolet saved from Spurs substitute Clinton Njie and from Harry Kane in each half. Liverpool also had chances to win as Belgium striker Divock Origi struck the bar with an early header but neither side could break the deadlock.

Arsenal are second in the Barclays Premier League after Alexis Sanchez opened the scoring at Vivarage Road. Olivier Giroud came on to claim the second, before Aaron Ramsey slotted in his first for the club this season. Watford's best chance came in the first half when Odion Ighalo screwed his shot wide from 12 yards.

Saido Berahino ruined Sam Allardyce's first game in charge of Sunderland with the game's only goal at The Hawthorns. Sunderland goalkeeper Costel Pantilimon was unable to collect Chris Brunt's cross and Berahino slotted in the winner from close range. That leaves Sunderland without a win in the Barclays Premier League and stuck at the foot of the table.

Georginio Wijnaldum scored four goals to ease the pressure on Newcastle manager Steve McClaren and earn the Magpies a first win of the Barclays Premier League season. Wijnaldum struck the first then Dieumerci Mbokani replied for the Canaries. Wijnaldum scored his second and Ayoze Perez added Newcastle's third. Nathan Redmond made it 3-2 before Wijnaldum (two more) and Aleksandar Mitrovic completed the rout.