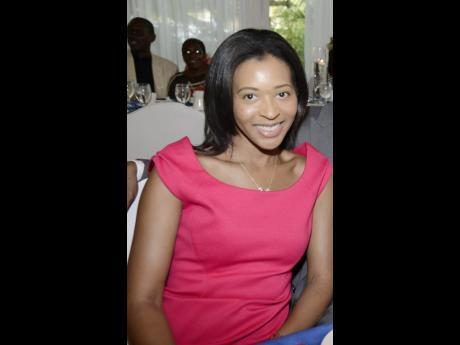 More than 70 young players are expected to compete in this weekend's Mayberry Investments Limited Open Junior Tennis Championship at the Liguanea Club in New Kingston.

Competition begins at 9 a.m. on Saturday, while the grand final will serve off at 2 p.m. on Sunday.

Anika Smith, assistant vice-president of marketing at Mayberry Investments, speaking at a press launch at the Liguanea Club yesterday, said her organisation is proud to return as sponsors for the fourth year.

"We value tennis as a sport. It's not as popular as the traditional track and field or football, but we do support those sports as well. We just tend to assist in the underserved areas such as tennis, badminton, squash and golf, as we think all sports are important in the development of young people," Smith told The Gleaner at yesterday's launch.

While Mayberry's sponsorship figure was not revealed, Smith said her company was focused on the developmental process.

"Kids are improving every year, and I am sure this year the tournament will be very competitive. It's a free event and we are inviting the general public to come and enjoy some good tennis with some of our top players," tournament director Llockett McGregor said.

He revealed that female players will be out in their numbers this weekend, while lauding Mayberry's contribution.

"Tournaments like these are what we need to help with the development of our sport," he added.

In addition to the prizes up for grabs, the respective category winners will receive points towards their national ranking.