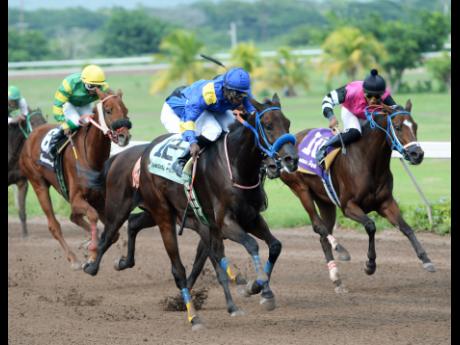 Jermaine Barnaby
Action from a recent raceday at Caymanas Park.

The Development Bank of Jamaica (DBJ) has received bids from two entities that have expressed an interest in acquiring the state-run horse racing promotions company, Caymanas Track Limited (CTL).

Supreme Ventures is currently a major player in the country for lottery gaming. The company also competes actively in sports betting and casino-type gaming lounges.

The DBJ and Caymanas Track Limited Enterprise Team (CTLET) are overseeing the privatisation process on behalf of the Ministry of Finance and Planning. It is expected that a preferred bidder will be identified and recommended by the CTLET to the Ministry of Finance and Planning and to Cabinet for approval. The release said it was anticipated that the evaluation will be completed by early November.

The CTL privatisation opportunity was advertised by the DBJ from May 12 and the bid submission deadline was extended twice - from July 10 to August 28 and subsequently to September 18 - to accommodate prospective investors.

This marks the second time since 2004 that the Government has invited bids for the divestment of Caymanas Park. Back then, two bids were approved and one entity, Caymanas Entertainment Limited, was named the preferred bidder. However, final approval was subsequently denied by the Government following lengthy deliberations.