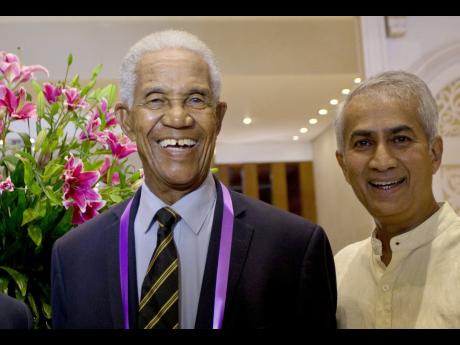 Legendary all-rounder Sir Garry Sobers believes West Indies' downward spiral will continue unless players begin to pledge their allegiance to the Caribbean side over the lucrative Twenty20 leagues across the globe.

The 79-year-old said that many of West Indies' best players were often unavailable due to their T20 commitments and unlike other cricketing nations, this was having a significant impact on the team's development.

"I think the Twenty20 is taking a toll. It seems to be more so on West Indies cricket than any other nation because we seem to be finding it more difficult to put good teams together," said Sir Garry, who arrived here earlier this week as a guest of the Sri Lanka Cricket Board.

"England had limited their players from going to play in the IPL (Indian Premier League). If you look at the West Indies, a lot of players are there."

West Indies players have become fixtures in the IPL in recent years, with the likes of opener Chris Gayle, all-rounders Kieron Pollard, Dwayne Bravo and AndrÈ Russell, along with mystery off-spinner Sunil Narine, all attached to franchises.

In their absence from the longest format of the game, West Indies have continued to slide down the rankings, and are now ranked number eight - only above minnows Bangladesh and Zimbabwe.

Once the number-one side in the world during their heyday, Sir Garry now fears for the Windies' future, especially if some of their best players continue to opt for the T20 format.

"Until we can get people who are willing to play for the West Indies in the right way, I think we are going to be struggling for a long time," the former West Indies captain said.

"Other countries are going to come and surpass us."

He perhaps became best known for his World record 365 not out against Pakistan in 1958, a mark eventually overtaken by batting prodigy Brian Lara in 1994.

Referring to his time in the game, Sir Garry pointed out that his only commitment then was to West Indies cricket.

"My whole obligation was to the West Indies cricket. I have never made a run for me ... records meant nothing, the team was always important," he stressed.