Flemmings ready for the big time 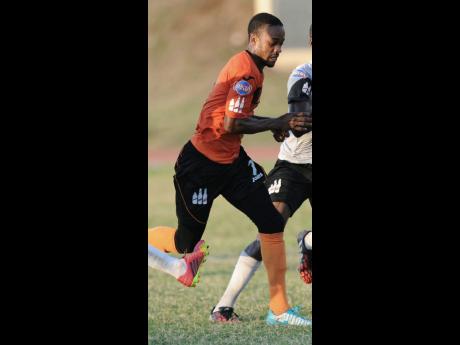 The captain of Jamaica's Under-20 team that disappointed many with their impotent performance in the first quarter of this year when they failed to qualify for the World Cup has restored his reputation with a big performance in the Red Stripe Premier League.

In fact, Junior Flemmings did more than that. The 19-year-old, who was largely responsible for Tivoli Gardens' 3-2 win over fierce rivals Arnett Gardens, became a man as he almost carried his team on his back as they registered their third successive victory and climbed two places to sit third in the table on 11 points.

The former Jamaica College player not only had a foot in all three of his team's goals, he outdid three defenders and the goalkeeper to score the final goal and secure victory himself. All throughout the game, Flemmings and his more seasoned compatriot Jermaine Johnson were unplayable whenever they went forward.

Tivoli's opening goal came when Ranike Anderson climbed high to head home a Flemmings free kick in the 33rd minute. Andrew Phang levelled in the 45th and Kemal Malcolm fired the home team ahead in the 67th. Substitute Otis Ffriend was on hand to steer home one of three Flemmings free kicks to rebound into play before Flemmings finished the job on the final move of the match.

"It is an overwhelming feeling. Coming to Arnett Gardens to play is not an easy thing and to actually get the three points after being 1-2 down is really special.

"We really stuck together, dug deep and came out with the victory," the very assured Flemmings said after the game.

Sounding like one much older than his years, Flemmings indicated that his intention coming into the game was to earn the man of the match honour and give his team the victory. His task, he said, was made easier by the slowness of the Arnett Gardens defenders.

"Their defenders are really slow and we really exploited that today," he said matter-of-factly.

In addition to a desire to erase the unpleasant memories of the World Cup qualifier, Flemmings is driven by a desire to make his mark among big men.

He may not be the most accurate when it comes to the facts of players shining in the League during or right after their schoolboy years, but his approach to getting the top is the right one.

"What you are seeing now is just because of hard work. It is just hard work and more hard work that has contributed to this. I just kept on working. The work never stops.

"The free kicks are something that I have been practising day in day out. Before training actually starts, I would get the mannequins and practise, practise because I know that one day, it will come in handy," said Flemmings, who has set himself a target of eight goals in the League before taking up a professional opportunity in January.