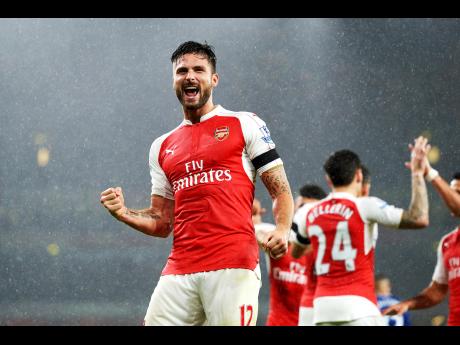 Chelsea manager Jose Mourinho faces more trouble from the English Football Association after being sent to the stands as the champions' poor Premier League form worsened yesterday with a 2-1 loss at West Ham.

On a day when London rivals Arsenal went provisionally top of the standings, Mourinho was red-carded at half-time after Cesc Fabregas had a goal disallowed for offside moments before Chelsea teammate Nemanja Matic was sent off for a second bookable offence.

The Chelsea manager watched the second half from the stands before leaving his spot eight minutes from the end. His assistant first-team coach, Silvino Louro, was also dismissed when Matic was red-carded.

Mourinho will almost certainly face repercussions from the Football Association as the incident follows a suspended sentence from earlier this month.

Mauro Z·rate gave West Ham the lead before Fabregas thought he had equalised. Gary Cahill then levelled for Chelsea 10 minutes into the second half, before Andy Carroll headed the winning goal in the 79th.

In Saturday's late match, Arsenal beat Everton 2-1 at the Emirates Stadium to go top of the Premier League ahead of today's games.

Olivier Giroud and Laurent Koscielny scored in the 36th and 38th minutes for Arsenal, before Ross Barkley's deflected strike before half-time gave Everton hope of a comeback.

But Arsenal held on against Roberto Martinez's side, which had Gareth Barry sent off in stoppage time.

"I was bit edgy because I thought the last 20 minutes could be difficult and we could not score the third goal," Arsenal manager Arsene Wenger said.

Wenger's side leads the table with 22 points, ahead of the Manchester derby on Sunday. City, on 21 points, face United, with 19 points, at Old Trafford.

Chelsea, meanwhile, are 15th on 11 points from 10 matches and bookmakers have made Mourinho the second favourite to be the next Premier League manager to be sacked.

Villa lost their sixth league game in a row in a 2-1 defeat at home to Swansea as the pressure intensified on Sherwood.

Norwich lost 1-0 at home to West Brom and Watford won 2-0 at Stoke.