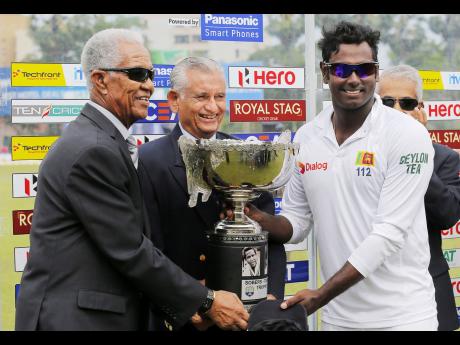 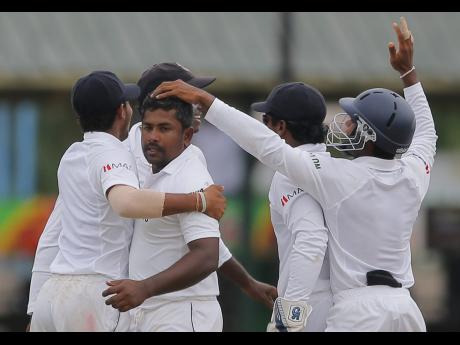 Captain Jason Holder said he remained hopeful West Indies would survive their current rocky period and emerge a better side, after watching them crash to a 72-run defeat in the second Test against Sri Lanka yesterday.

Chasing 244 for victory on the final day at the P Sara Oval, the visitors were dismissed for 171 in their second innings, after resuming on 20 for one.

The defeat handed them a 0-2 loss in the series and extended their dismal record of never having won a Test on Sri Lankan soil in the 25-year history of bilateral series between the two teams.

Holder, in his first series as Test captain, said the side was an inexperienced one and still developing, but, once they remained united, possessed the ability to turn their fortunes around.

"It (series) is a good gauge to see where we are at. Again, we're a very young side. This is probably the second or third series we've had with this bunch of guys and the guys are getting a feel for international cricket," Holder told a post-match media conference.

"It is important now that we just keep learning and learning as quickly as possible. It is not every day we're going to be at the same stage in life. We need to keep progressing and looking for ways to get better.

West Indies appeared on course to defy their poor record in Sri Lanka when Darren Bravo and opener Shai Hope guided them up to 80 for one at the first drinks break.

However, Hope fell for 35 to the fifth delivery following the resumption and West Indies steadily declined to be all out half-hour before tea for 171.

Bravo top-scored with 61, but he and Hope were the only two batsmen to pass 20.

"At that stage (80 for one), we were pretty much in control then we lost wickets. Marlon (Samuels) came in under a little bit of pressure and couldn't get out of the situation," Holder explained.

"We didn't rebuild when he had to rebuild and Sri Lanka got on top of us with some very good bowling. They were applying some pressure on us and we gave into the pressure at that stage."

The Windies were undone by left-arm spinner Rangana Herath, who picked up four for 56 and off-spinner Milinda Siriwardana, who finished with three for 25.

Herath also proved the trump card for Sri Lanka in the first Test in Galle with a 10-wicket haul and Holder said he had exposed deficiencies in the West Indies' batsmen.

"I wouldn't say we have a difficulty facing spin. The nature of our wickets back home are not too far apart from the ones here in Sri Lanka," he pointed out.

"I just think our patience was lacking at certain parts of the innings and we probably didn't trust our defence as long as we probably should've."

He added: "It is clear we need to work on our temperament. At times we have to be a lot more patient and know which phases of the game we have to hang in and which phases we can attack.

J Warrican not out 20